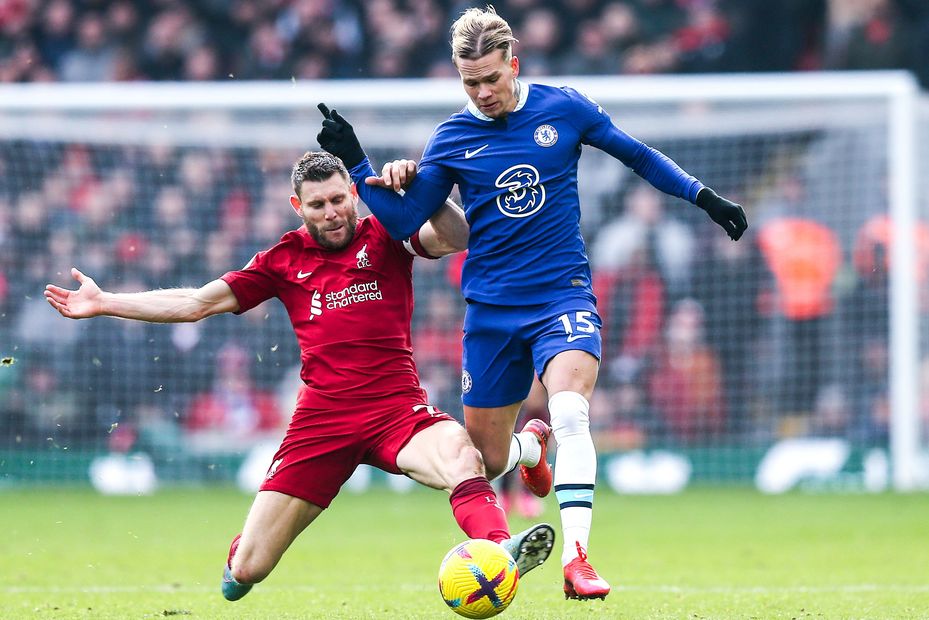 As Mykhailo Mudryk came on 10 minutes into the second half at Anfield to make his Chelsea debut, few could have expected him to settle quite so quickly.

The signing from Shakhtar Donetsk did just that inside 11 minutes as Mudryk tormented James Milner with his speed to earn the Liverpool right-back a booking.

During the goalless draw, Mudryk was clocked as travelling at 36.63km/h. That shot the winger to the top of the charts for the fastest speed run in a Premier League match this season.

This put Mudryk just ahead of Anthony Gordon, who posted a sprint of 36.61km/h for Everton.

Sadly for defenders, it seems as if speed has been added to the Premier League this season as four of the top five fastest players all joined the competition in 2022/23.

The new @ChelseaFC signing has the quickest recorded speed this season 🏃‍♂️ pic.twitter.com/VDCJ4SI9lD

Before the match, Don Hutchison had even argued that Mudryk is even quicker than Paris Saint-Germain's fleet-footed striker Kylian Mbappe.

"Mbappe would beat him over 20 yards, anything over 20 yards, he would win," former midfielder Hutchison said of Mudryk. "He is electric and he is strong and he is powerful and once he gets going, he is an unbelievable runner."

Fulham's defenders will be next to deal with Mudryk's speed when the Premier League resumes on Friday 3 February as Chelsea host the Cottagers.