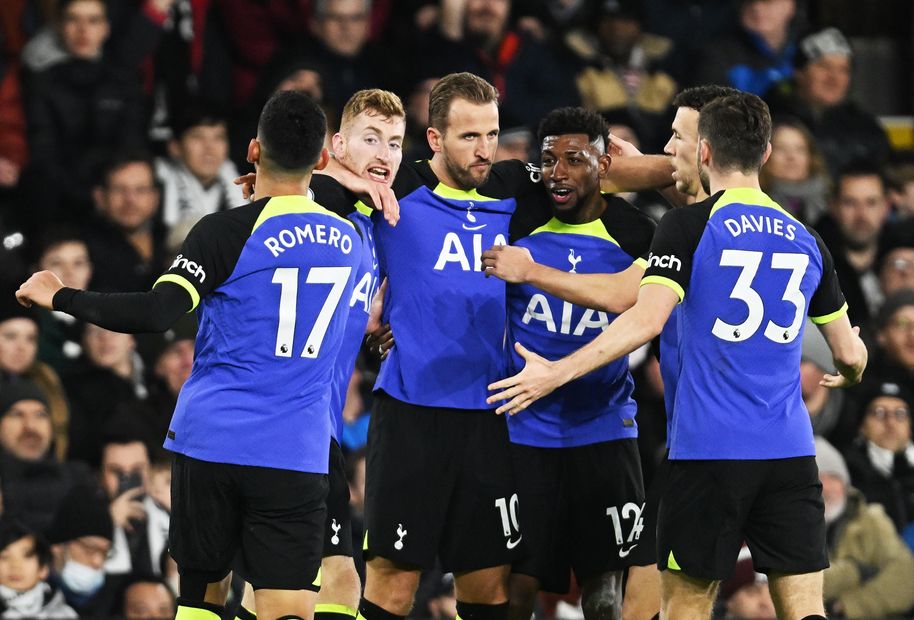 Harry Kane has credited a team meeting with helping Tottenham Hotspur end their losing run thanks to a 1-0 victory at Fulham on Monday night.

It was Kane's 16th Premier League goal of the season as well as his 266th in all competitions for his boyhood club, equalling the club's record total of Jimmy Greaves.

"We are a little bit behind where we want to be but tonight was important," said Kane, who also needs just one more goal to join the Premier League's "200 Club", after Alan Shearer and Wayne Rooney.

"We had a good talk amongst ourselves, just to get back to what we are good at, clean sheets, being compact and hard to break down. Then we know we will have a chance to score and have players who can do that.

"It was a really important win for us, especially after the last couple of games, to get back to winning ways."

Victory puts Spurs back in top-four contention and Michael Owen believes the club have all the credentials needed to be among the competition's best.

"They are a top-four side, they have got the players, the stadium, they've got everything, they've got the manager," said former striker Owen. "But it's not been good enough and tonight has been a big boost."

The boost will be needed as Spurs next face champions Man City again in the Premier League. This is followed by matches with two struggling teams, Leicester City and West Ham United, before Spurs host Chelsea.