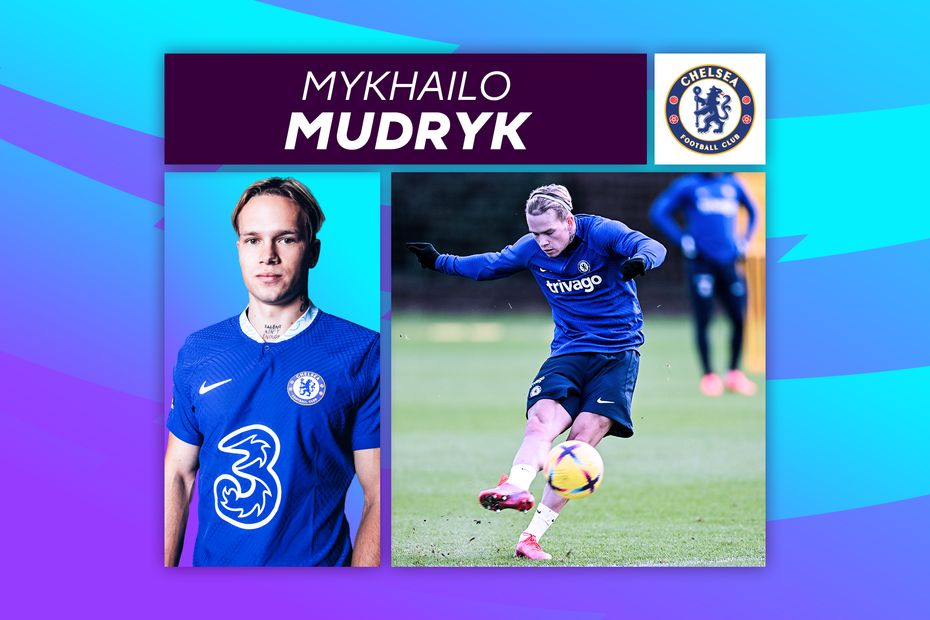 FPL new signings: Mudryk could thrive over kind schedule
'Mudryk's quicker than Mbappe, he can tear anyone apart'

The arrival of Mykhailo Mudryk should lift a goal-shy Chelsea side who have lacked speed and incisiveness this season ahead of a trip to Liverpool on Saturday.

The Ukraine international’s main attribute is his pace. When there is space for the left winger to run into, he can be destructive on the counter-attack, from turnovers, or when through-balls are played in behind a full-back.

In the continued absence of Ben Chilwell and Reece James, Graham Potter’s side have lacked this type of player in wide areas.

Too much of their attacking play has been in front of opposition defences.

None of Chelsea’s 22 Premier League goals this season have been scored from fast breaks. They are one of only four teams to have failed to find the net in this manner.

He is the only player to have done so in the competition and is one of only five men to have taken three shots from fast breaks.

UCL most shots from fast breaks 22/23

Mudryk's presence in the starting XI will enhance Chelsea’s threat on transitions.

His acceleration and willingness to make runs beyond full-backs can turn defence into attack in the blink of an eye.

He did this throughout an eye-catching UEFA Champions League campaign.

Mudryk is a confident young talent and an exciting acquisition, but the 22-year-old remains a work in progress.

In the Ukrainian top flight, he found it easy to beat defenders with the ball at his feet, but on the UEFA Champions League stage, only 10 of his attempted 35 take-ons were successful.

At times he will relinquish possession with his decision-making, but because of his pace and finishing his threat will be ever-present.

Mudryk in the UCL

Mudryk likes to go past defenders on the outside, producing quality crosses and goals with his left foot. Mudryk’s right foot is stronger, though.

He will take free-kicks, corners and penalties with that foot, and whenever he drifts into more central areas, he likes to shoot from distance.

At Celtic this season, in the UEFA Champions League, he scored a memorable right-footed goal from 20 yards that flew into the net.

While I would describe Mudryk as more of a finisher than a creator, he has produced several classy assists in 2022/23.

He will cut the ball back from the byline, but is equally capable of cutting inside to curl inswinging crosses into the area. Two of his domestic assists for Shakhtar this season came in this way.

Chelsea are stocked with plenty of top-class attacking midfielders already – Raheem Sterling, Kai Havertz and Christian Pulisic to name but three - but Mudryk’s skill set does offer something different.

While he acclimatises to English football, some of his decision-making may require work, but the Ukrainian’s directness and pace is sure to frighten defenders.

With plenty of scope to develop as a player, especially under a coach as astute as Potter, Mudryk's ceiling looks very high.