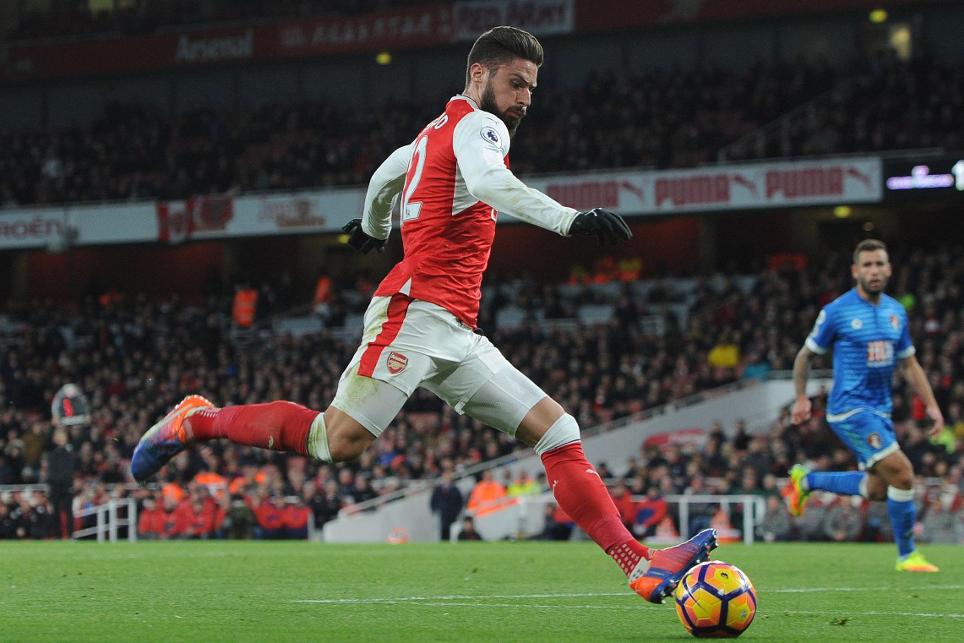 Handed a first start of the season in Gameweek 18, the Frenchman has produced 30 Fantasy Premier League points in his subsequent three appearances, culminating in a goal and two assists in a 3-3 comeback draw at AFC Bournemouth.

Having also netted the Gunners' winning goal against Preston North End in the FA Cup last weekend, Giroud has earned more than 108,000 transfers in for Gameweek 21 – only Sunderland's Jermain Defoe (£7.8m) has proven a more popular target up front.

Over the last three rounds of fixtures, Giroud is second to Manchester United’s Zlatan Ibrahimovic (£11.6m) for total attempts and efforts inside the penalty area among FPL forwards.

Facing a Swansea City side who have conceded more goals (23) at home than any other Premier League team this season, Giroud appears set to lead the line again for Arsenal, with Alexis Sanchez (£11.9m) on the left of midfield to accommodate the in-form Frenchman.

Although question marks remain over his pitch time in the mid-term, the statistics highlight Giroud’s growing influence on Arsenal’s attack.

He has six goals and four assists in only 449 minutes, producing FPL returns as a substitute on four occasions. Indeed, when on the pitch, Giroud has scored or assisted 75% of his side’s goals, compared with 48.9% involvement in the previous campaign.

Arsenal’s upcoming schedule suggests his returns should continue to rise.

Saturday's Swansea encounter is one of four matches in the next five Gameweeks to score no more than two in the Fixture Difficulty Rankings (FDR).

With favourable home encounters against Burnley, Watford and Hull City on his agenda over that period, Giroud offers FPL managers the perfect combination of form and fixtures to encourage his 4.9% ownership to increase.