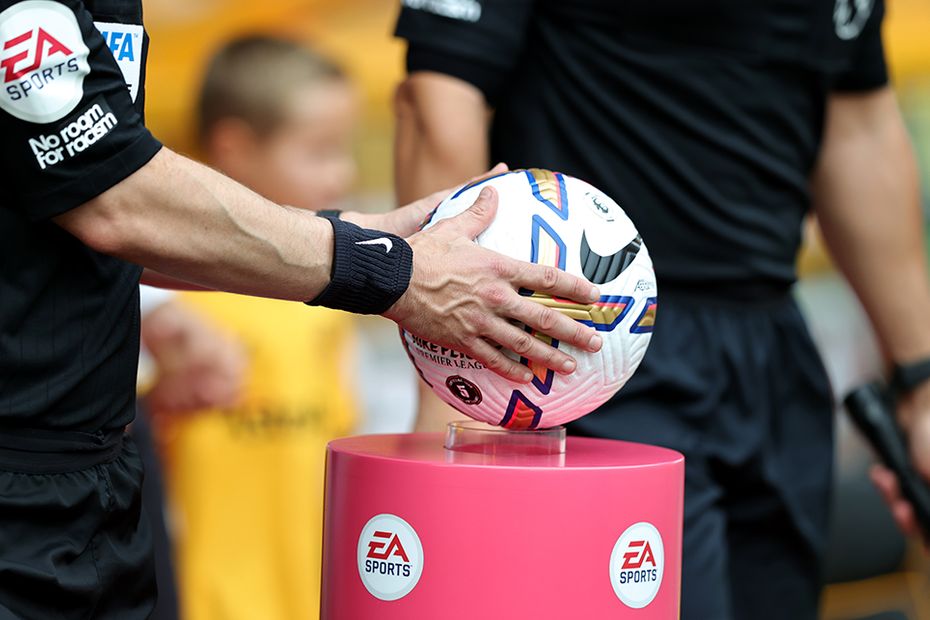 Professional Game Match Officials Limited (PGMOL), the body that manages the Premier League match officials, is delighted to confirm a number of appointments to its Leadership Team.

In addition to Howard Webb arriving as Chief Refereeing Officer during this international break, Danielle Every, Dr Steve McNally and Dr Wayne Allison have all agreed to take up further new positions of Chief Operating Officer, Performance Support Director and Coaching Director respectively.

Webb will shortly be joined by Allison, with the vastly-experienced duo of Every and McNally following by the spring, as PGMOL prepares for a new era, focused on the continued delivery of the Elite Referee Development Plan (ERDP).

Webb joins after a five-year stint as General Manager of Professional Referee Organisation (PRO), the body which is responsible for managing the professional match officials programme in the United States and Canada, having initially been their Manager of Video Assistant Referee Operations.

"I'm relishing the challenge of working together to build on the strong foundations in place and really drive PGMOL forward for the benefit of all levels of elite refereeing and the game we all love as a whole."

Every will move from British Cycling, where she is acting Chief Executive Officer. She also held the CEO role at Pentathlon GB between 2016 and 2018.

This followed a 15-year spell at The FA in a number of positions, including Director of Football Operations, Head of FA Learning, and Executive Lead for the build of St George's Park, all as part of a long-standing track record of success in national governing bodies.

Meanwhile, McNally is due to start in February, making the switch from Manchester United as their Head of Football Medicine and Science.

Allison will join PGMOL in January, having, among many other positions, most recently held the role of Technical Director of the League Managers Association.

"I'm delighted to welcome Howard, Dani, Steve and Wayne to PGMOL - to be able to appoint four people of their quality is a significant step forward for the organisation," said PGMOL Chairman Mike Foster.

"Each of them will bring their vast experience in elite sport and fresh perspective, adding to the existing expertise and refereeing know-how on the current Leadership Team.

"I am confident that this new team will build on the strong foundations put in place under the management of Mike Riley and lead the transformation of refereeing under the ERDP in the years ahead, including creating a successful pathway for the development of referees, similar to the pathways put in place for players and coaches."

Riley will step down from his role as Managing Director later in the 2022/23 season after leading the organisation for 13 years.

Howard Webb
"This is a perfect time to be joining PGMOL with the organisation going places following the confirmation of the ERDP, backed up by the appointments of new personnel in key leadership positions. They were both major factors in me taking the role and I'm relishing the challenge of working together to build on the strong foundations in place and really drive PGMOL forward for the benefit of all levels of elite refereeing and the game we all love as a whole. I'm very much looking forward to getting going now."

Danielle Every
"I was attracted to the uniqueness of the role which combines business administration, strategy and sports development across the professional men's and women's game. I'm thoroughly looking forward to working with the new Leadership Team at PGMOL, which brings together an exceptional and diverse blend of skills and experience from sporting organisations with a track record of elite performance and excellence. It’s vital we uphold high standards in everything we do to mirror our aspirations on the pitch as we enter an exciting time for refereeing."

Dr Steve McNally
"The challenge of enhancing standards and providing a wider scope of support provision to all of our match officials appealed massively to me. The opportunity to identify and address the bespoke needs they have as athletes, carrying enormous responsibility and impact on fixtures, is very exciting. I've been fortunate to work with many elite level colleagues in environments where mutual challenge was embraced and where the trust and respect gained through collaborative working led to optimal performance conditions. This is something I want to bring and deliver here at PGMOL."

Dr Wayne Allison
"Football has always been a huge passion of mine and, as well as working for The FA and LMA in recent years, I also spent almost 25 years in the professional game as both a player and coach. Coaching and supporting individuals is key - giving them the tools, confidence and opportunities to achieve is my ethos, and I'd like to think that will be supported by my diverse and unique depth of understanding of the game, including how PGMOL operates and the new direction it is undertaking."