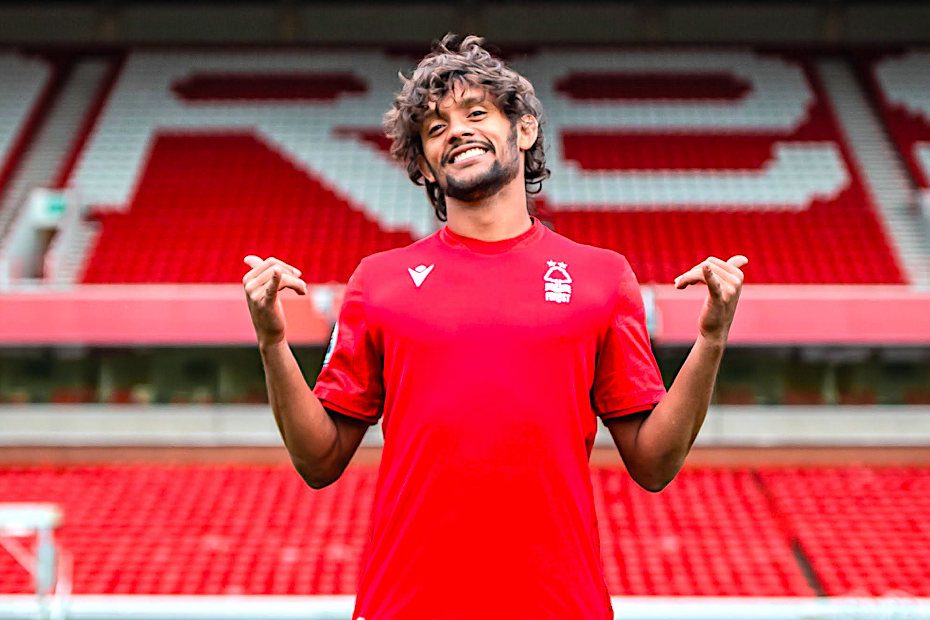 Nottingham Forest have completed the signing of attacking midfielder Gustavo Scarpa from Brazilian side Palmeiras.

The 28-year-old has signed a deal with Forest until June 2026 following the expiration of his contract and will join on 1 January 2023 when the transfer window opens.

"I'm very happy to be here, it's a dream for me," Scarpa told the club's official website.

"It's a new challenge and I can't wait for it to begin. It's always been an ambition since I was a little kid to play in Europe, and my dream is to play in the Premier League.

Hear from Gustavo for the first time after the Brazilian put pen-to-paper at The City Ground. 🎙 #NFFC | #BemVindoScarpa 🇧🇷

"I'm a technical player but also I've developed my game defensively over the past couple of seasons. I'm very dedicated, hard-working and I'm excited to get started now."

Scarpa started his professional career at Fluminense before joining Palmeiras in 2018, where he made 211 appearances during a four-year spell, scoring 37 goals.

In his final season he helped Palmeiras to their 11th Brazilian Serie A title and won the division's Golden Ball award.

Capped once by Brazil, Scarpa will be part of the Forest squad that travels to Greece for a six-day training camp next week.

Steve Cooper's side are back in Premier League action on Tuesday 27 December, when they visit Manchester United.