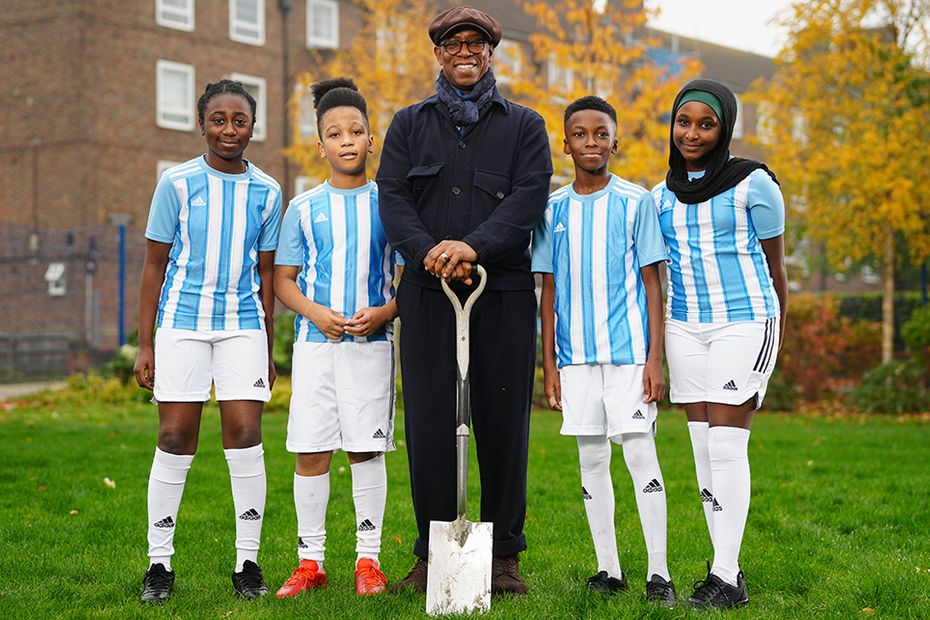 "This is not just an ordinary pitch. It's a tribute to someone dear to me and a safe space for generations to come." Ian Wright

Ian Wright visited his former primary school in Brockley this week to break ground on a new community pitch that honours him and his former Arsenal team-mate David "Rocky" Rocastle, who died from non-Hodgkin's lymphoma in 2001.

The "Rocky and Wrighty Arena" will be a small-sided 3G football turf pitch at the Turnham Academy and will deliver a much-needed grassroots sports facility in the heart of southeast London.

It is funded by the Premier League, The FA and the Government via the Football Foundation as well as EA SPORTS.

The pitch, which will be completed early next year, will be located in the Honor Oak Estate, where Wright and Rocastle grew up.

"Rocky and I grew up playing on small pitches, we'd play anywhere and talk about our dreams of playing professionally," Wright said.

"To be able, with the help of EA SPORTS and the Football Foundation, to make this pitch a reality just means the world to me."

The venue will be used by a variety of organisations and clubs to provide vital services to the local community.

"I hope the kids at my old school and in my community love every minute they get on this new pitch. I'm excited that so many girls and boys will benefit."