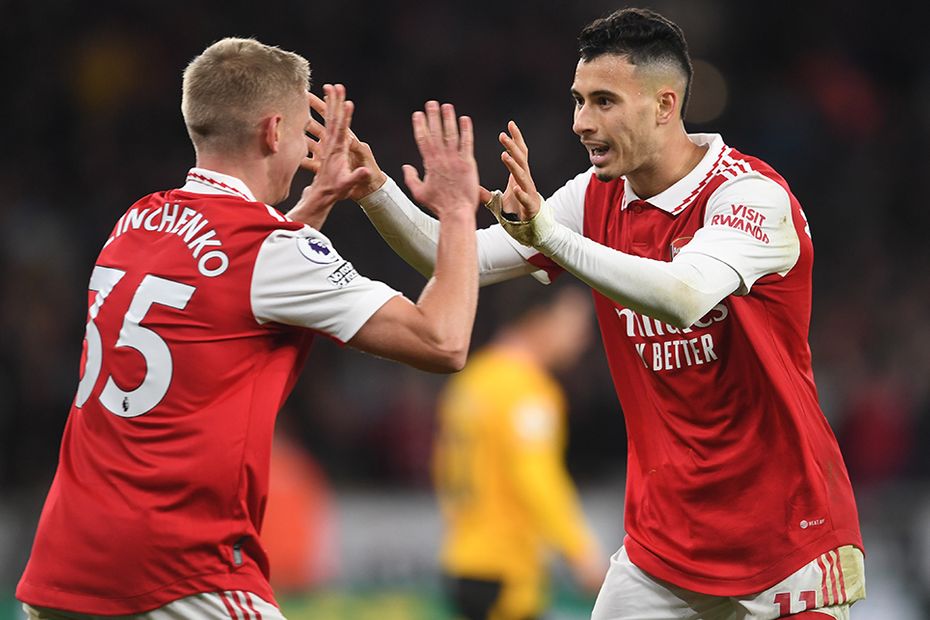 See the thoughts of Owen Hargreaves and Michael Owen, and tell us who you think will finish top

Owen: There's something different about Arsenal this season
Shearer: Haaland should score 40 or 50 this season
PL30: Arsenal's Invincibles

With their 2-0 victory at Wolverhampton Wanderers on Saturday evening, Arsenal ensured they will sit five points clear at the top of the table until the Premier League resumes on 26 December.

That five-point margin was made possible by Manchester City's surprise 2-1 home defeat by Brentford earlier in the day.

The question is, can Mikel Arteta's side convert their strong start into their first title-winning campaign since 2003/04?

Arsenal need to navigate 24 more fixtures before they can claim a fourth Premier League title, but Owen Hargreaves believes they can go all the way.

"They earned the right to be there," the former Man City midfielder says.

"I don't think they could ever have envisioned at the World Cup break being top, ahead of Man City and Liverpool. We could argue last season they were two of the best teams in the world, never mind in the Premier League.

"[Arsenal are] still ahead of schedule, they're over-achieving, but credit Mikel Arteta.

"They're a fantastic side, one of the youngest sides in the whole division, but they are there and they've given themselves a chance to win the Premier League."

City, though, are seasoned champions, having won the title in four of the last five campaigns, including the last two.

And in Erling Haaland they possess one of the world's best strikers, who has raced clear in the Premier League goalcorers' chart with a staggering 18 goals in 13 appearances.

Michael Owen believes Pep Guardiola's side will overtake Arsenal in the end.

"I still think that Manchester City are the best team," he says. "They should be favourites."