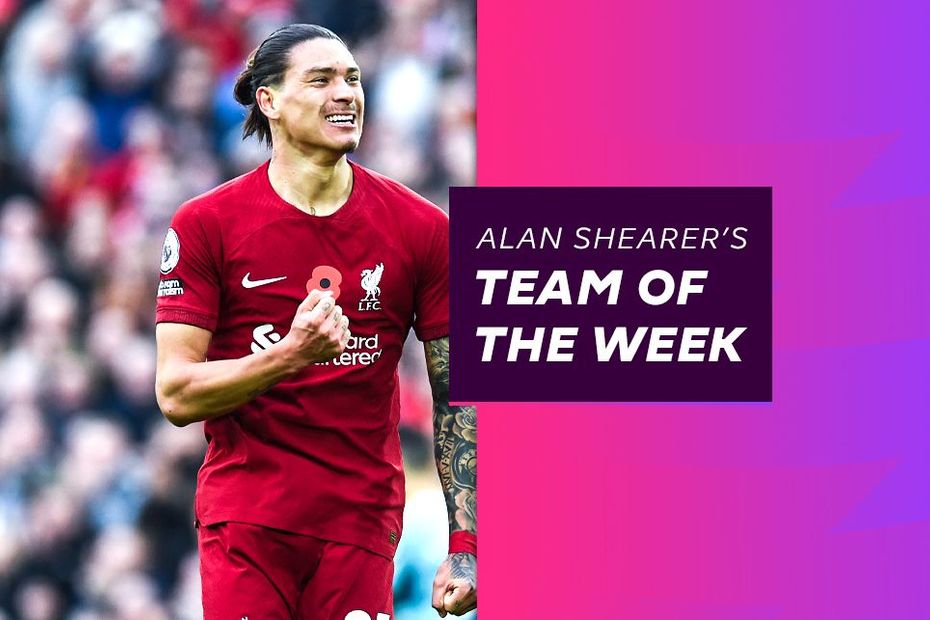 'Darwin Nunez has all the qualities for a modern-day striker' External Link
Can Arsenal go all the way in Premier League title race?
Hargreaves: Arsenal can win the Premier League

Darwin Nunez was at his clinical best as Liverpool beat Southampton 3-1 on Saturday, scoring twice and impressing throughout.

Alan Shearer has hailed Nunez's stellar performance and the Premier League's all-time top scorer and Hall of Fame inductee has included the Liverpool striker in his Matchweek 16 Team of the Week.

Introducing @alanshearer’s Team of the Week ✨

Alisson (LIV)
"Made three key saves in the second half that made the win over Southampton look comfortable."

Kieran Trippier (NEW)
"Showed again why he is the best full-back in the league this season!"

Sven Botman (NEW)
"What a campaign he is having. Made it another frustrating match for Chelsea's attack."

Rico Henry (BRE)
"Outstanding down the left from start to finish."

Joelinton (NEW)
"The standout player on the pitch in the victory over Chelsea. Dominant."

Martin Odegaard (ARS)
"Led by example as his two goals helped Arsenal extend their lead at the top to five points."

Darwin Nunez (LIV)
"Crowned an impressive display with a first-half brace. He is adapting brilliantly to Klopp's new system.”