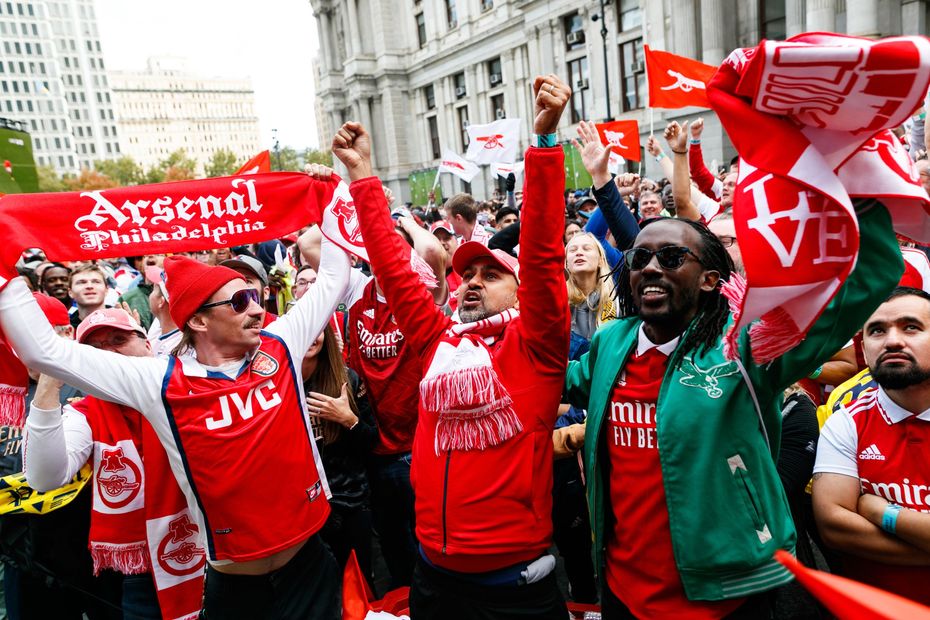 Before the two-day fan festival officially kicked off, Premier League mascots who made the trip across the pond were shown around the city by Philly sports mascots, while some PL legends laced up for a field-goal competition with the Philadelphia Eagles.

Fixed it for ya, Philly 😅 pic.twitter.com/iP5wx4R2zq

Our #PL legends got to kick it with the @Eagles this weekend ⚽️🏈 pic.twitter.com/N322UOskk2

Once Saturday morning arrived, thousands of fans stood in a line that wrapped around Philadelphia City Hall, as early as the night before the two-day event, so they could watch Premier League action broadcast live.

They were also able to get their photos taken with the Premier League Trophy, meet mascots and former players and cheer for their club with other supporters.

Nothing like asking some of the Premier League’s very own to pronounce some Philadelphia area names 😂 pic.twitter.com/PbW4Ctylay

Some even got to take part in a Ben Foster vlog, as the former Watford goalkeeper spent time hanging with fans of all eight teams playing during the loaded match window.

“How cool is that? Everyone’s supporting different teams. No drama, no trouble, no stress. Everyone’s just looking forward to having a nice time,” Foster said.

At the end of the highly anticipated weekend, we put our hands up for the incredible fans who soaked in every moment of the action.

Hands up if you had a great weekend 🙌 pic.twitter.com/aYdCt0cwzL