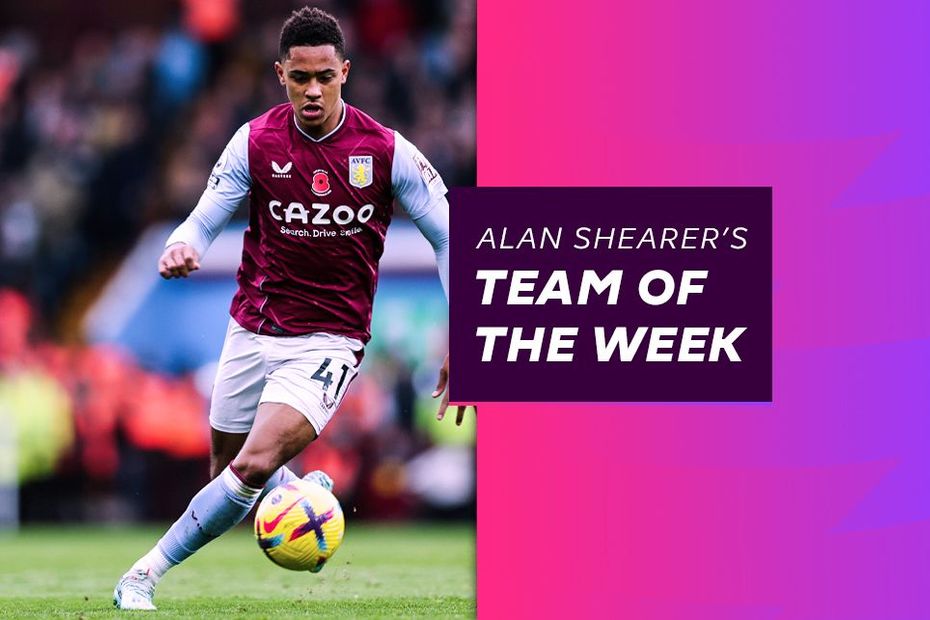 Unai Emery's first match in charge of Aston Villa produced an impressive 3-1 victory over Manchester United and key to their display was the performance of Jacob Ramsey.

The midfielder was restored to the starting XI by Emery and rewarded the Spaniard's faith in him with a fine display, as he created the opener and produced an excellent finish for Villa's third goal.

Ramsey is one of two Villa players selected by Alan Shearer, the Premier League's record goalscorer and a Hall of Fame inductee, in his Team of the Week.

Three players each for @NUFC and @Arsenal make it into @alanshearer's Team of the Week ✨ pic.twitter.com/YxljBSR2gT

Emiliano Martinez (AVL)
"Pulled off a couple of outstanding saves and couldn't do a thing about the deflected goal Villa conceded.”

Kieran Trippier (NEW)
"Made several tackles, was always getting forward and produced a fine assist for Joe Willock's goal."

Ben White (ARS)
"Ensured Chelsea’s attackers endured a frustrating time and combined well with Bukayo Saka at the other end."

Thomas Partey (ARS)
"Another dominant display. He bossed the midfield with his strength and poise."

Joe Willock (NEW)
"His first goal of the season, in the 4-1 win at Southampton, was reward for a quality showing."

James Maddison (LEI)
"Pulled the strings for Leicester City and created both goals in their 2-0 victory at Everton."

Wilfried Zaha (CRY)
"Patrick Vieira is getting the best out of his talisman. Deployed up front he scored the equaliser and laid on the winner.”

Manager: Mikel Arteta (ARS)
"Masterminded a superb London derby win. Arsenal were the better team by a mile as they returned to the top."