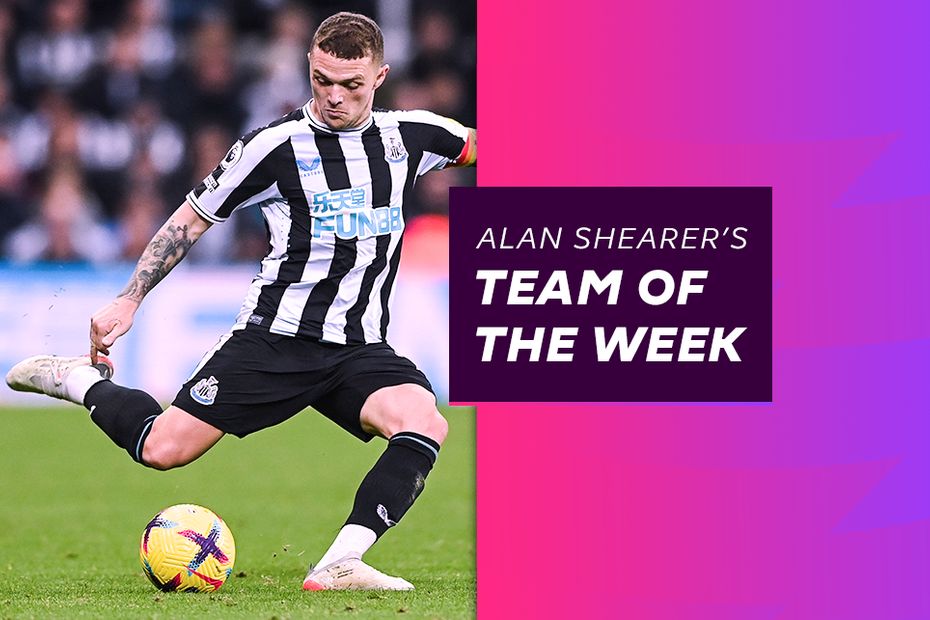 Kieran Trippier helped his side to a comprehensive victory over Aston Villa and, for Alan Shearer, the display of the full-back at both ends of the pitch was instrumental in the 4-0 win.

Newcastle United have accumulated more points than any Premier League side in October and a third clean sheet in four matches has underscored their surge up to fourth place.

Against Villa, Trippier weighed in with the assist for Callum Wilson’s second goal, earning himself a place in Premier League record goalscorer and Hall of Fame inductee Shearer's Team of the Week and the accolade of “England’s best right-back.”

Do you agree with @alanshearer's Team of the Week from Matchweek 14? ⭐️ pic.twitter.com/4iKN0vqRS7

Ilan Meslier (LEE)
“Man of the match. An array of brilliant saves set his side on the way to victory at Liverpool.”

William Saliba (ARS)
"Having a great season and put in another composed performance."

Pervis Estupinan (BHA)
"Superb for Brighton down the left as Chelsea were comfortably beaten."

Reiss Nelson (ARS)
"Came on for Bukayo Saka and rose to the occasion with two goals and an assist against Nott'm Forest."

Kevin De Bruyne (MCI)
"Not too often he isn’t in this. Won the match for his team with a brilliant free-kick at Leicester."

Miguel Almiron (NEW)
"Has scored six goals this month, the same as Erling Haaland. This latest one was another cracker. Player of the month."

Callum Wilson (NEW)
"Two goals and an assist in front of Southgate sent out a powerful message. He gave Tyrone Mings a torrid time."

Manager: Eddie Howe (NEW)
"Newcastle are sweeping teams away with attractive, attacking football and are in the top four again. Howe deserves all the credit."