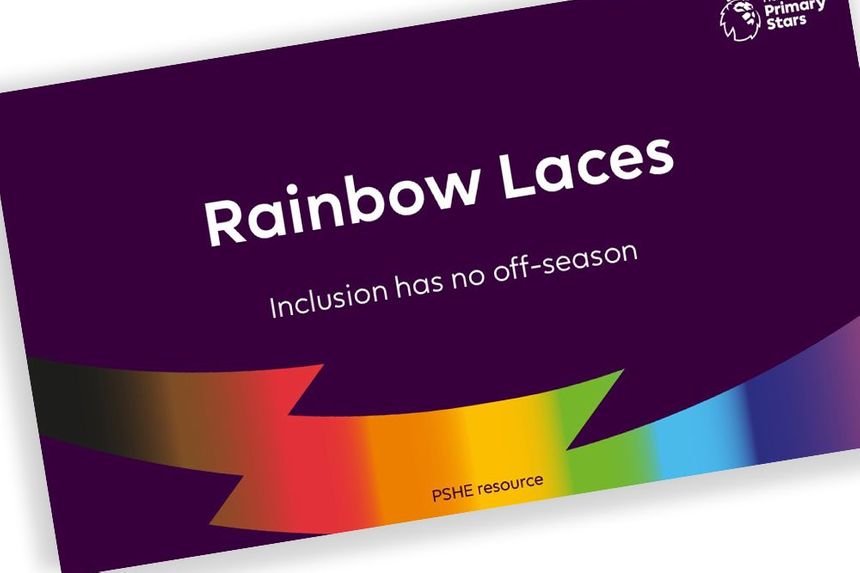 This weekend and next Premier League fans will see the Rainbow Laces campaign celebrated at all matches, but the work that the League and our clubs do to support LGBTQ+ inclusion lasts all-year round and can be found in classrooms throughout England and Wales.

For a number of years, the Premier League Primary Stars programme has been using the power of football and the clubs to help facilitate conversations in the classroom around inclusion in more than 18,600 schools.

This year's Rainbow Laces theme is about keeping up conversations about LGBTQ+ inclusion and the League has launched new educational resources to reflect this.

Rainbow Laces: Inclusion has no off-season introduces Rainbow Laces and what it means, helping teachers facilitate discussions on why inclusion is important and offering pupils the opportunity to design their own rainbow football boot with a message in support of LGBTQ+ inclusion.

For young people outside primary education, the Premier League also provides resources to engage them on topics such as building stronger communities free from homophobic, transphobic and biphobic language.

These sessions are delivered by Premier League clubs as well as those in the EFL and National League in their communities through the Premier League Inspires and PL Kicks programmes.

🌈 | Great to see one of our @premierleague Inspires schools getting ready for the up and coming #RainbowLaces campaign.#HealthyFutures https://t.co/fZsi4hyx52

"We have an important role to play in using the power and reach of football to encourage fans to show support for LGBTQ+ people," said Premier League Chief Executive Richard Masters.

"The Rainbow Laces campaign provides an opportunity to highlight the work that is carried out throughout the year to ensure every aspect of football is inclusive and welcoming to all."