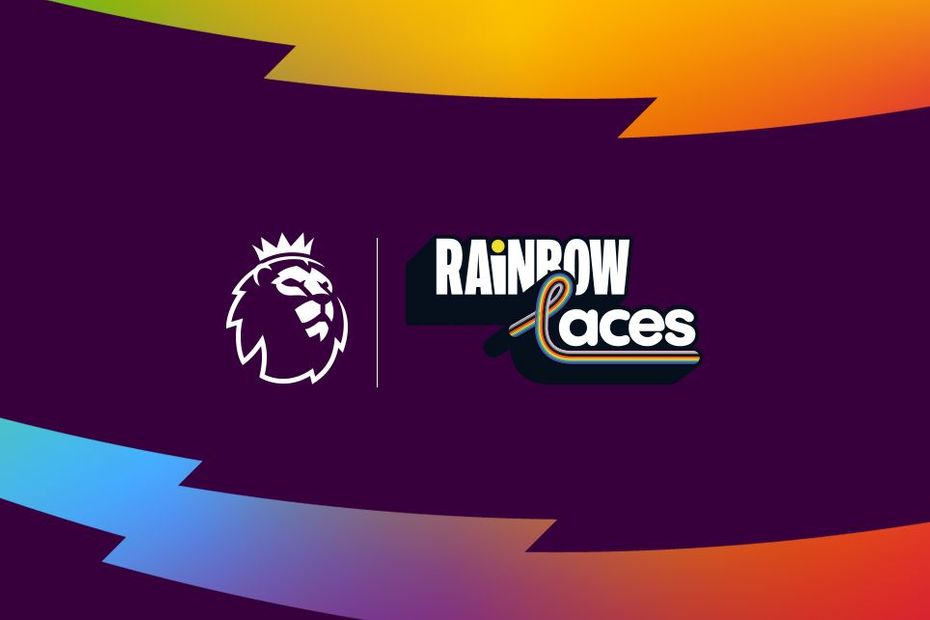 The Premier League and all 20 clubs will be demonstrating their ongoing support for LGBTQ+ inclusion by celebrating Stonewall's Rainbow Laces campaign over the next two match rounds.

All Premier League fixtures between 22 and 30 October will be dedicated to Rainbow Laces. Campaign support will be visible at every stadium and clubs will be demonstrating that football is everyone's game in a variety of ways.

This year, the Premier League is encouraging fans to play their part by holding conversations about what we can all do to support LGBTQ+ people and help create environments where everyone feels welcome.

The League and clubs will highlight their year-round commitment to equality and inclusion, using their platforms to provoke discussion and demonstrate allyship.

A range of content will be published with men's and women's players and LGBTQ+ supporters' groups, as well as highlighting the work conducted within communities to promote inclusion.

"The Premier League and our clubs work together to ensure inclusion is embedded across all areas of the game and are committed to fighting all forms of discrimination," said Premier League Chief Executive Richard Masters. "While progress has been made, we know more can be done and we will continue to prioritise this vital area of work.

"We have an important role to play in using the power and reach of football to encourage fans to show support for LGBTQ+ people. The Rainbow Laces campaign provides an opportunity to highlight the work that is carried out throughout the year to ensure every aspect of football is inclusive and welcoming to all."

Education continues to be an important area of focus as the League works with clubs to deliver anti-discrimination education sessions in schools and communities for young people and fans.

To further celebrate this year's Rainbow Laces campaign, the Premier League has launched new educational resources as part of the Premier League Primary Stars programme. Rainbow Laces: Inclusion has no off-season introduces Rainbow Laces and what it means, helping teachers facilitate discussions on why inclusion is important and giving pupils the opportunity to design their own rainbow football boot with a message in support of LGBTQ+ inclusion.

Clubs undertake a wide variety of projects and initiatives to ensure equality and inclusion are central to all areas of the game.

A culture where people belong

Through the Premier League Equality, Diversity and Inclusion Standard (PLEDIS) the League supports all 20 clubs to embed effective and meaningful policy and practices to build a culture in which LGBTQ+ people feel that they belong. This includes providing staff training and encouraging strong, visible leadership on LGBTQ+ themes.

The League continues to work with clubs to promote the reporting mechanisms that are in place for incidents of discrimination, within stadia, online and across workforces. The Premier League's online abuse reporting system is now available to all clubs.

The Premier League has partnered with Stonewall since 2017 and has developed programmes and initiatives to support clubs in creating LGBTQ+ inclusivity across all areas of the game.