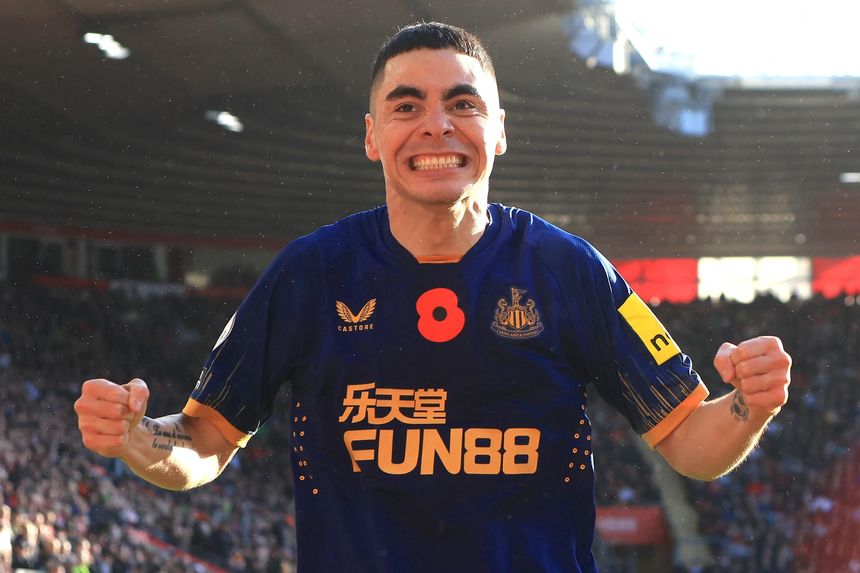 There was big contrast for the millions of Fantasy Premier League managers who brought in Callum Wilson (£7.5m) or Miguel Almiron (£5.7m) for Gameweek 15.

Wilson was the No 1 target, transferred in by +1.2million managers after producing a career-high 19 points in Gameweek 14, while Almiron was the second-most transferred-in player following 42 points in the 30 days ahead of the deadline.

But while Almiron extended his fine form with a goal in Newcastle United's 4-1 win at Southampton, Wilson returned only one point and was subbed off at half-time.

The third-most in-demand player, Leandro Trossard (£7.0m), produced an attacking return for the third successive match to repay the faith of his 858,000+ new owners.

More than 5.2m managers breathed a sigh of relief as Erling Haaland (£12.1m) emerged from the subtitutes' bench to score his 18th goal of the season in Manchester City's 2-1 win over Fulham.

The Norwegian failed to recover from a knock to make the starting XI but, nonetheless, extended his run of producing an attacking return in every Premier League home match.

Haaland was booked for his celebration but received a bonus point to return five points.

His team-mate Kevin De Bruyne (£12.5m) was the second-most captained player, handed the armband by over 1.2m people.

De Bruyne rewarded their faith with an assist and also claimed two bonus points for a seven-point tally.

The Belgian has blanked in only one of his last 14 starts against promoted sides, amassing 135 points across those encounters.

Despite netting just four goals, his lowest tally after 14 Gameweeks since he joined Liverpool, no Fantasy midfielder had bettered Salah's 43 shots prior to Sunday's match at Tottenham Hotspur.

Salah repaid the faith shown in him with two goals and a 15-point haul as Liverpool won 2-1 for their first away success of the season.

He has produced one-point scores on each of those occasions, justifying the decision of more than 454,000 to sell him.

After getting just one goal across a run of four favourable fixtures, 418,000+ parted company with Zaha.

That decision came back to bite his sellers as Zaha scored and got an assist in Crystal Palace's 2-1 win at West Ham United.