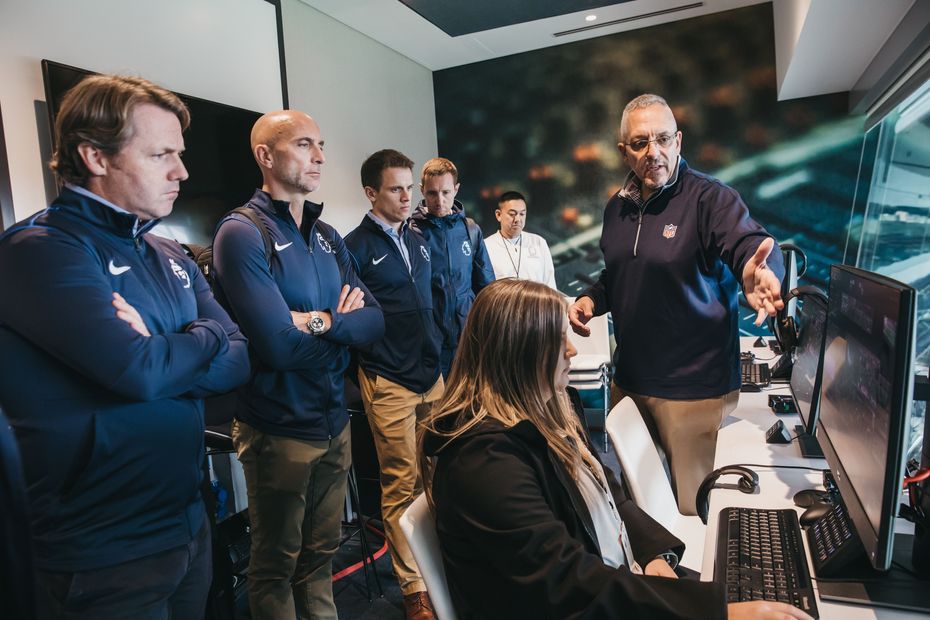 Medical leaders from the Premier League and the National Football League (NFL) met in London to discuss player health and safety advancements and best practices as part of the annual NFL London games.

Medical staff from the NFL, the Premier League and its clubs held a day-long summit to review the latest data, research findings and practice across key areas including soft-tissue injury reduction, mental wellness, concussion and head impacts.

The meeting brought together world-class physicians, surgeons, athletic trainers, physiotherapists and sports scientists from the leagues’ clubs and elsewhere, providing a unique opportunity for collaboration and information-sharing. The summit was the second of its kind; the inaugural medical summit between the two leagues took place in October 2021.

The NFL’s medical leadership also led a delegation from the Premier League on a behind-the-scenes tour of the game-day medical protocols and procedures used during NFL games.

The NFL and the Premier League are both committed to gathering knowledge and insight from peers and experts around the world as they remain focused on player welfare and providing the highest quality care to some of the world’s most elite athletes.