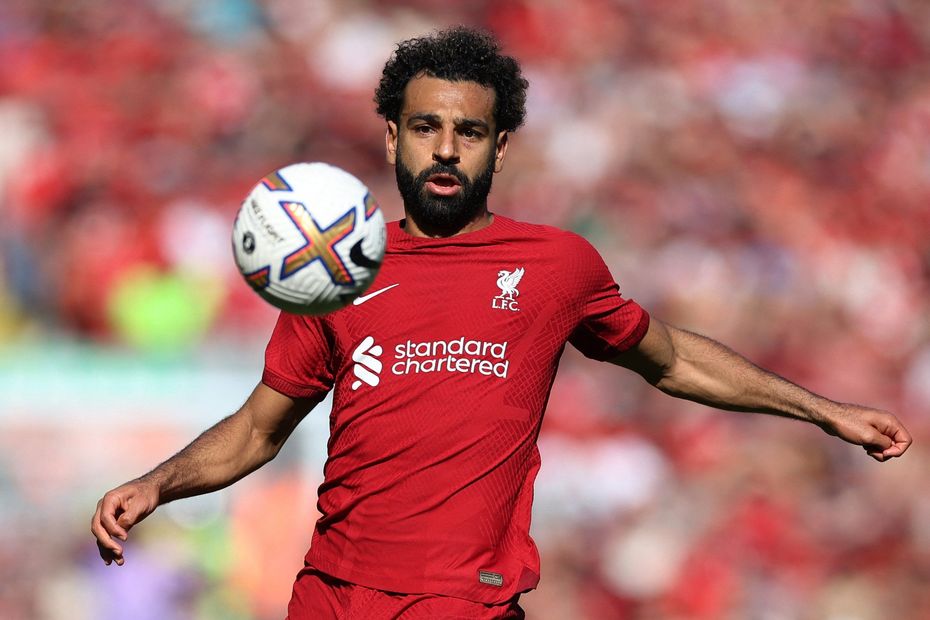 Liverpool's Egyptian is the second most-sold player in the Gameweek, being moved on by 200,000+ managers on the back of two blanks in his last three outings.

But Salah has a fine record against Brighton, producing attacking returns in eight of his 10 meetings with them.

He is joined by his Reds team-mate Trent Alexander-Arnold (£7.4m) in a best XI that lines up in a 4-4-2 formation, with Erling Haaland (£12.1m) handed the armband and Salah named vice-captain.

Leeds United's goalkeeper offers strong value at home against Aston Villa. Steven Gerrard's side have scored only two goals in their three away matches this season.

The right-back offers big potential at both ends of the pitch at home to Brighton. Alexander-Arnold's 13 chances created rank joint-top among defenders in 2022/23.

The Portuguese welcomes Manchester United on the back of two double-figure returns in his three home appearances. Overall, one goal, an assist, four clean sheets and seven bonus points highlight Cancelo's multiple routes to returns.

West Ham United's centre-back faces a Wolverhampton Wanderers side who have scored only three goals in seven matches. Zouma also provides a strong aerial threat. His six headed shots from set-pieces are joint-top in 2022/23 Fantasy.

He produced two assists and 10 points in his last home match.

Leicester City's playmaker hosts a Nottingham Forest side who have conceded 12 goals in their last three outings. Maddison's 20 shots, seven shots on target and 13 chances created are all more than any team-mate.

The Manchester City midfielder has blanked only once in his last five matches, scoring twice and supplying three assists. Bernardo's 37 points from Gameweek 3 onwards are joint-top among midfielders in Fantasy.

The Brazilian's 21 shots and 16 shots in the box both rank joint-top in midfield this season. Martinelli has blanked only once in Arsenal's three home outings, scoring against Leicester City and Aston Villa.

Man City's Norwegian forward has scored a hat-trick and collected 17 points in each of his last two home matches. With his ownership now rising to 81 per cent, Haaland will again be the most-selected captain for his match against Man Utd.

The Brentford forward is the third top-scoring player in Fantasy, producing five goals, two assists and 47 points. Toney's 17 shots and 11 key passes are both team-leading totals ahead of the Bees’ trip to AFC Bournemouth.