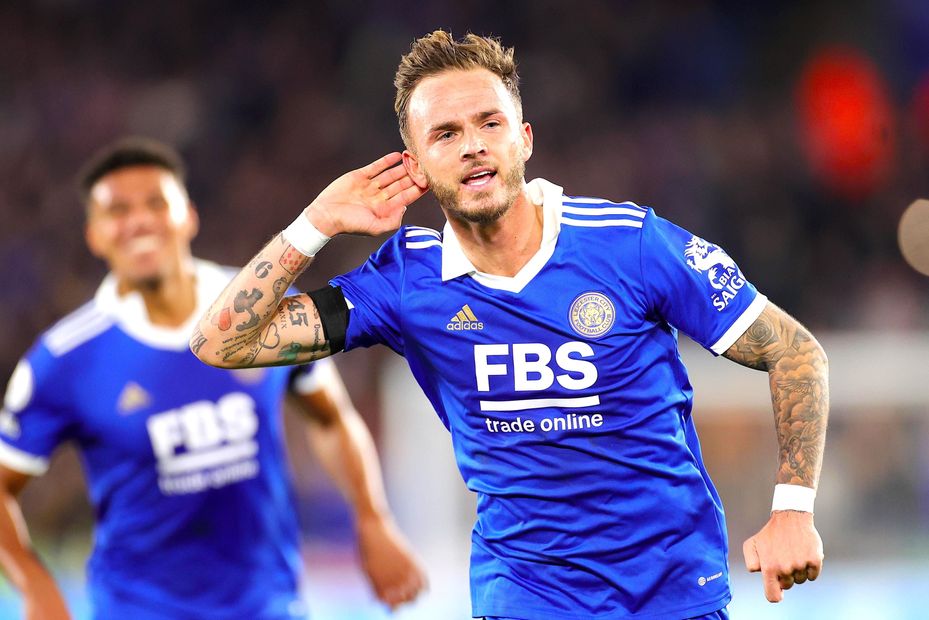 Foxes Off The Mark With Forest Win External Link

James Maddison scored twice and set up another goal as Leicester City beat East Midlands rivals Nottingham Forest 4-0 to claim their first win of the season.

Shortly after Taiwo Awoniyi struck a post for Forest, Maddison opened the scoring on 25 minutes after finding the back of the net from range via a deflection.

Maddison then added his second of the night by whipping a superb free-kick in off a post, his 50th goal for the club.

Leicester added a fourth through substitute Patson Daka, who improvised to flick in from Maddison's low ball into the penalty area.

Brendan Rodgers' side now have four points and moved off the bottom and above Forest, who suffered a fifth consecutive defeat, on goal difference.