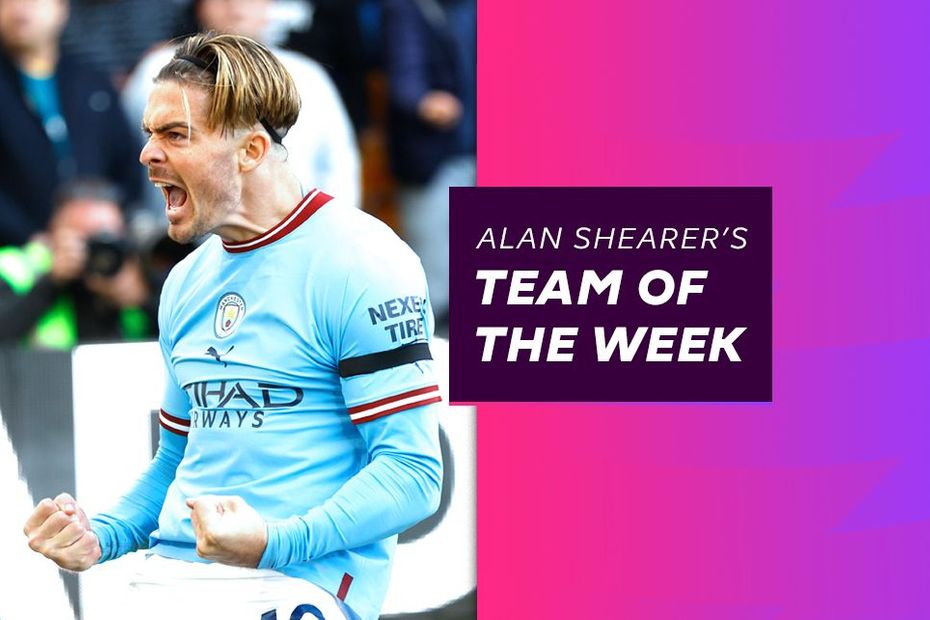 Grealish: I should thank Pep for picking me for Wolves clash External Link
Sherwood: Son is a manager's dream
Shearer: Tributes to The Queen have been very moving

Alan Shearer has hailed the goalscoring display of Jack Grealish and hopes it is a performance he can repeat on a more regular basis.

The Manchester City midfielder impressed as he netted the opener in a 3-0 victory at Wolverhampton Wanderers, earning himself a place in Premier League record goalscorer and Hall of Fame inductee Shearer's Team of the Week.

Neto (BOU)
"Gave his team confidence in everything he did. Came and collected so many crosses."

James Tarkowski (EVE)
"A tower of strength at the back for Everton."

Kevin De Bruyne (MCI)
"There's no stopping him! Another match, another couple of assists."

Joao Palhinha (FUL)
"Scored a stunner and put in another good display."

Granit Xhaka (ARS)
"Bossed the midfield from start to finish."

Son Heung-min (TOT)
"Class is permanent, and Son has it in abundance. What a 14-minute hat-trick!"

Gabriel Jesus (ARS)
"Has settled in well and once again proved to be the game-changer for Arsenal."

Jack Grealish (MCI)
"That's more like it. The early goal helped his confidence. He needs to show more of the same now."

Manager: Mikel Arteta (ARS)
"Arsenal were great value for their victory as they reclaimed top spot."