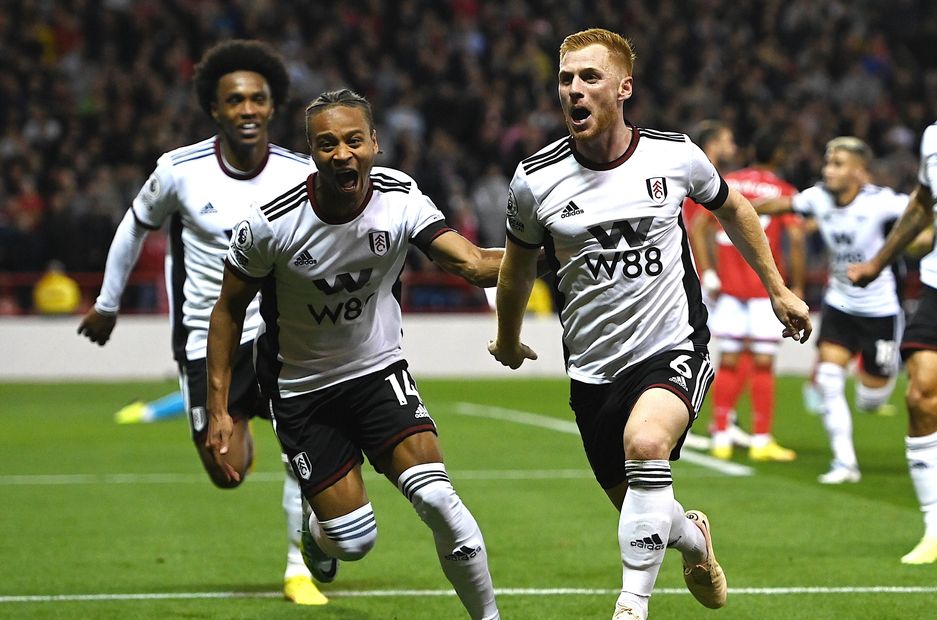 Gerrard: We can build on Southampton win External Link
Carney: Ramsey is going from strength to strength

Fulham rose to sixth in the table after winning a five-goal thriller at Nottingham Forest on a night of tributes to Queen Elizabeth II.

Premier League clubs, players, managers and fans came together to give their respects to Her Majesty The Queen, with a minute's silence and a rendition of the National Anthem taking place before kick-off at The City Ground and Villa Park.

Lewis O'Brien set up a thrilling finale but Forest could not find an equaliser as they fell to a fourth straight loss and remain second from bottom.

Villa hold on to beat Saints

In the other fixture Aston Villa claimed their second victory of the season thanks to Jacob Ramsey's smart finish against Southampton.

The midfielder reacted first to prod into the net after Gavin Bazunu could only parry Ollie Watkins' header.

It moves Steven Gerrard's side up to 13th, level on points but a place below Saints.

There are three more matches on Saturday, starting with Manchester City's trip to Wolverhampton Wanderers as they aim to knock Arsenal off top spot.

Tottenham Hotspur will aim to extend their unbeaten start to the season against bottom-club Leicester City, while Eddie Howe faces old club AFC Bournemouth who visit his Newcastle United team.