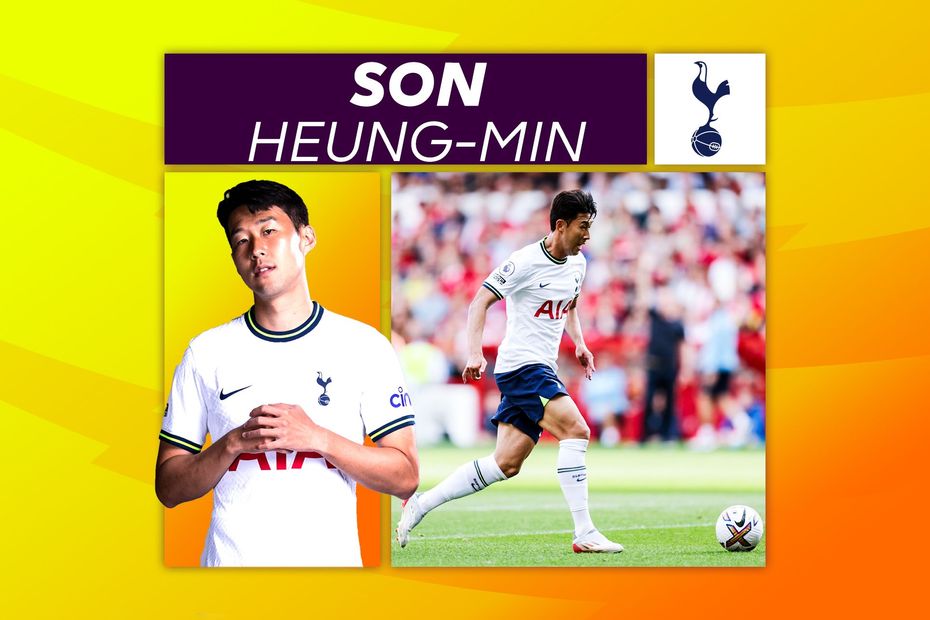 Son's place in Tottenham Hotspur’s starting XI could be in jeopardy ahead of Leicester City’s visit this Saturday.

Son has been voted Spurs’ Player of the Season in three of the last four years and was a revelation in 2021/22, scoring 23 goals to share the Golden Boot with Mohamed Salah.

In the early weeks of this campaign though, the South Korean's form has dipped below his usual high standards.

Yet to score and with only one assist to his name, he has been on the periphery of matches and lacked the dynamism for which he is famed.

With Richarlison and Dejan Kulusevski pushing for starts, it is not inconceivable that Antonio Conte leaves Son out.

If he does retain his place, Son must show greater positivity with the ball.

One of the major drop-offs has been his ability to take on defenders.

Last term, he was successful in almost half of his dribbles, tormenting defenders with his pace and power, but he has completed just one of 12 attempted take-ons so far.

Taking the safe option of a pass with greater regularity, an edge is missing from his play.

Son is at his best when space opens up for him to drive into, but in several of their matches so far, Spurs’ slow build-up play has allowed opponents to crowd him out.

Finding gaps on the counter could be possible against a Leicester team who have averaged 53.8 per cent possession in 2022/23.

The other area of Son’s play that has suffered has been his finishing.

He was incredibly clinical last season, finding the back of the net with a third of his efforts, the best ratio of any attacker who scored over 10 goals.

That figure is not usually sustainable over the long-term but even so, he has been unusually wasteful of late.

As shown in the table (below) Son is averaging more shots, creating more chances, and enjoying more touches inside the opposition box per 90 minutes.

He is also making additional sprints compared to the previous campaign.

Harry Kane is still finding Son two or three times per match in good areas, but because Spurs are not as penetrative, he has had fewer clear sights of goal.

This is reflected in Son’s Expected Goals and Assists data, where his xG + xA numbers are down from 0.6 per 90 to just 0.4

Spurs have created the third-highest number of opportunities from inside the box (70) but a lot of those opportunities have been half-chances.

Their open play xG of 7.14 is ranked the sixth best in the division.

Given his class, it feels only a matter of time before Spurs fans get to enjoy the best of Son once more – and the revival could well start against Leicester on Saturday.