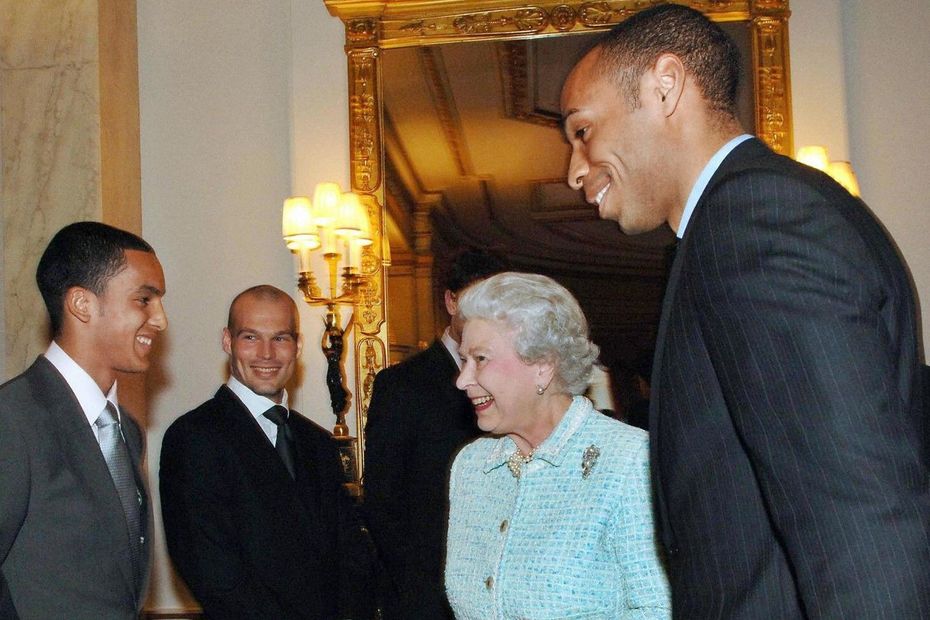 Following the passing of Her Majesty The Queen last Thursday, Premier League clubs have been highlighting the bonds they formed with her during her 70-year reign.

Ken Friar, Arsenal's life president, started work at Arsenal back in 1950, two years before Elizabeth ascended to the throne, and so is one of the rare people to have been at one club throughout her entire reign.

Friar met the Queen on two occasions, firstly to receive an OBE from her in 2000, then six years later when Arsenal visited Buckingham Palace.

"We are honoured to have been able to flourish during her reign and in addition, during my time at the club, we always recognised that the innate values she displayed, such as integrity, dedication, loyalty and excellence were what we aspired to demonstrate at Arsenal Football Club," Friar told Arsenal's official website.

The club's relationship with The Queen dates back to 1945, when, while still Princess Elizabeth, she attended Wembley Stadium with her family to watch Chelsea take on Millwall in the Football League (South) Cup final, the wartime equivalent of the FA Cup. It was the first of many club football matches she attended.

According to the article on Chelsea's official website: "When the Queen was introduced to the former Chelsea man at an Embassy reception in Rome, she declared, 'Ah, the great Italian footballer.'"

Following the sad passing of Her Majesty Queen Elizabeth II, we remember the connections between the late monarch and Chelsea FC.

As well as first visiting east London during World War II, Her Majesty The Queen presented West Ham's Bobby Moore with the Jules Rimet Trophy in 1966 when he led England to World Cup glory.

The Queen opened the new West Stand at the Boleyn Ground in 2002, when she met players such as Joe Cole and Jermain Defoe and attended a Golden Jubilee Luncheon.

See:  A lifetime of service to east London

The Queen's first official engagement with Man Utd came in 1957 when she presented the club's players with their runners-up medals after they had lost the FA Cup final to Aston Villa.

In 1958, Her Majesty offered her condolences to the club after the Munich Air Disaster, extending her "sympathy and that of her husband to the families of those who have been killed and to the injured".

The Queen met United legend Sir Bobby Charlton on numerous occasions and was with him in 1998 when, on a royal visit to Kuala Lumpur, she signed two footballs presented by young fans.

See: The Queen and Manchester United

Over the weekend, Premier League clubs have also joined the nation in paying their respects to Queen Elizabeth II.

Former Tottenham Hotspur captain Gary Mabbutt represented the club at Haringey's Proclamation Service to sign a book of condolence, while Spurs also spoke with players who met Her Majesty during her reign.

"She was so warm, friendly... naturally, you are going to be nervous, but she made you feel so relaxed in her company," Defoe told Spurs' official website. "She meant so much to everyone, a proper leader, yet so humble."

This afternoon, Gary Mabbutt represented the Club at Haringey’s Proclamation Service to pay respects to Her Majesty Queen Elizabeth II and mark the beginning of the reign of King Charles III. pic.twitter.com/nNX4az6FOW

Liverpool's men's and women's captains also signed a book of condolence in the city's town hall.