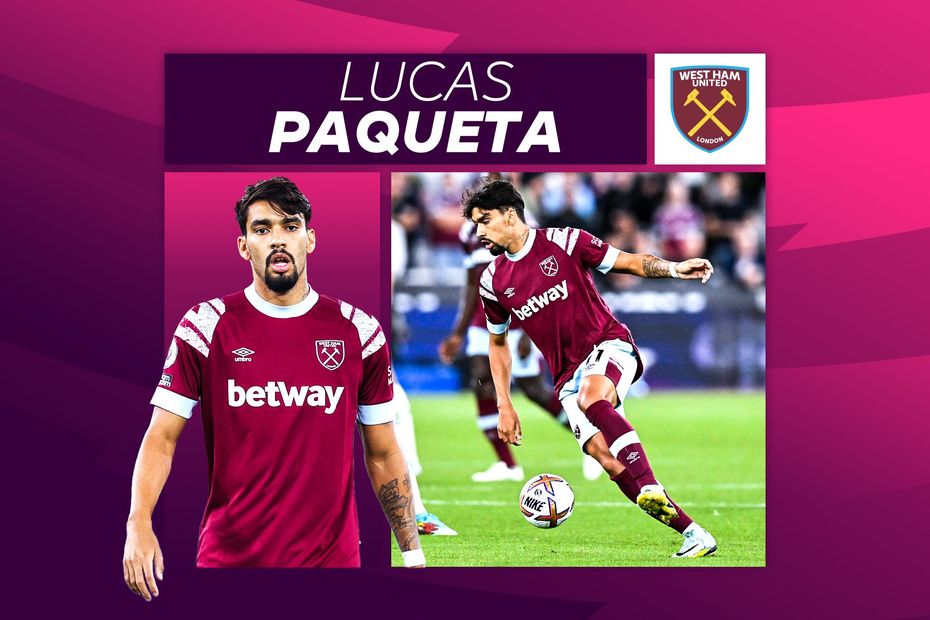 Adrian Clarke looks at key tactical points and players who can be decisive this season.

Summer signing Paqueta has the talent to be a difference-maker for West Ham United in 2022/23.

The 25-year-old performed steadily, without being spectacular, against Tottenham Hotspur and Chelsea, but his influence will grow for the Hammers.

Last time out, the Brazil international played in a No 10 role, behind Jarrod Bowen and Michail Antonio in a 2-1 loss at Stamford Bridge.

This position suits Paqueta, who can also play as an attack-minded box-to-box midfielder in a three-man midfield.

During his time with former club Lyon, his eye for a pass was well known.

This could be great news for Bowen and Antonio, in particular this weekend, and in the months to come, as they are two players who love to run in behind opposition defences.

David Moyes’ side have only scored three goals this season, meaning Paqueta’s arrival provides a welcome boost in that department.

He scored nine league goals in both 2021/22 and 2020/21, breaking into the opposition box with great frequency to finish with his wonderful left foot.

A sign of how often Paqueta likes to get into advanced areas can be seen in the table below.

Only five players in Ligue 1 attempted more shots last term, as he averaged 2.9 per 90 minutes.

While Tomas Soucek has always offered late forward runs into the box, the Hammers have been crying out for other midfielders to offer regular support to the strikers.

Paqueta, wherever he is deployed, will energetically make up ground to join in with attacks and help create clearer chances.

West Ham have faced Chelsea, Spurs, Manchester City and in-form Brighton & Hove Albion, which should be taken into consideration, but for open-play expected goals (xG), they rank second-lowest at the moment.

Moyes will also have been attracted by Paqueta’s industry out of possession.

He is primarily known as a very skilful attacking-midfielder, but does not shy away from other team duties.

He won 61 tackles last season, ranking him sixth in Ligue 1 and racked up an incredible 724 pressures to the man on the ball, too.

This was the third-highest figure in that division, so Paqueta will press midfielders and central defenders with plenty of enthusiasm.