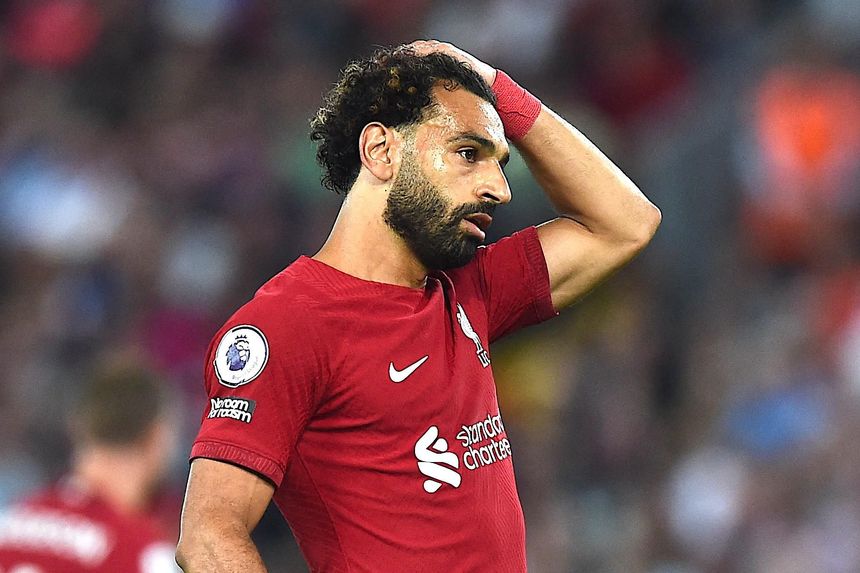 Klopp on if Salah is spending more time out wide External Link
GW6 Lessons: Salah and Liverpool a growing concern

The Scout's panel of Fantasy Premier League experts discuss what to do with Mohamed Salah (£13.0m), who has blanked in three of his opening six matches.

Historical bias means that FPL managers are often reluctant to sell players who have been so good in previous seasons. At £13.0m, Salah is a difficult own right now. He is not returning the level of points that he should be at his price, so he is sellable for the next couple of Gameweeks. It is easy enough to bring him back in on a Wildcard when his form improves. Sell

Salah will still score points but Liverpool have their toughest fixture run all season coming up over Gameweeks 8-12. If there's a time to risk it, that's the time, while Darwin Nunez (£8.9m), Roberto Firmino (£8.1m) and Diogo Jota (£8.9m) come back into the fold. Be ready to sell

Form is temporary and class is permanent, but there's no ignoring the fact that Salah has had just five shots on target this season. With Erling Haaland (£12.0m) emerging as the standout captain pick, the Egyptian is more disposable than he has ever been. But I still want to see more before getting rid. Be ready to sell

I'll be giving Salah one more week but he's on the chopping block now. I'd prefer to own Harry Kane (£11.4m) but there's a lot of demand for our three forward spots right now. Be ready to sell

He’s not disposable for me this Gameweek. He still ranks fourth for FPL points among midfielders, and first on the ICT index. Keep

With an almost 25 per cent drop-off in Salah's underlying attacking data, there's a visible difference compared to last season. When you overlay that with Liverpool's lack of form there's certainly a case to be made for "no Salah" in the future. Be ready to sell

I won't be selling Salah right now. He is expensive but there isn't an obvious outlay for that money, with other potential premiums like Bruno Fernandes (£9.8m) and Son Heung-min (£11.7m) both out of form. Keep

Sell Salah at your own risk. With most assets been undervalued it’s worth having him just because of the extra money available. Keep