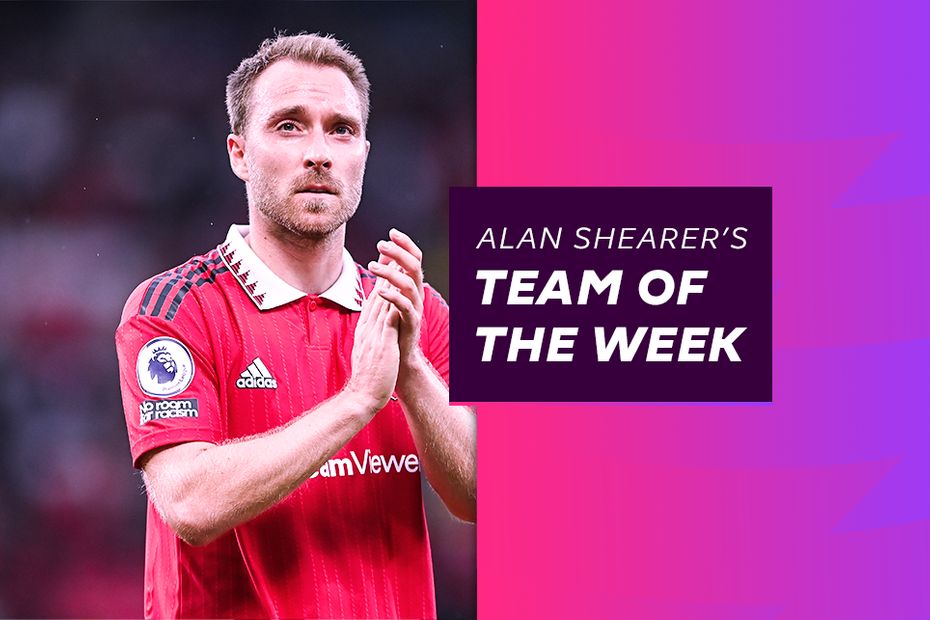 There were several brilliant displays on show in the blockbuster contest at Old Trafford between Manchester United and Arsenal, but none more so than from Christian Eriksen.

In the hosts' 3-1 win, the Dane supplied an assist for Marcus Rashford's second goal, and was heavily involved in the build-up for the first.

With that performance, Premier League record goalscorer and Hall of Fame inductee Alan Shearer named Eriksen in his Team of the Week alongside two other Man Utd players.

Who impressed you most? pic.twitter.com/XOVCf6qEGg

Nathan Patterson (EVE)
“Immense all game in everything he did, both when defending and going forward.”

Lisandro Martinez (MUN)
“Solid at the back. He has helped to transform Manchester United’s defence.”

Max Kilman (WOL)
“A very positive showing. He played a key role in keeping Southampton out.”

Ryan Sessegnon (TOT)
“A threat throughout and looks very comfortable in that team now.”

Kevin De Bruyne (MCl)
“Sensational again, putting the ball on a plate for Erling Haaland with his latest pinpoint assist.”

Christian Eriksen (MUN)
“Produced a passing masterclass. What a signing he has been!”

Moises Caicedo (BHA)
“Scored a good goal to go with an excellent performance.”

Marcus Rashford (MUN)
“He has been much better lately and underlined the improvement with two goals and an assist against the leaders.”

Ivan Toney (BRE)
“Sensational hat-trick. The chip for his third goal showed how confident he feels.”

Manager: Graham Potter (BHA)
“What a great start to the season. No one wants to face Brighton & Hove Albion right now.”