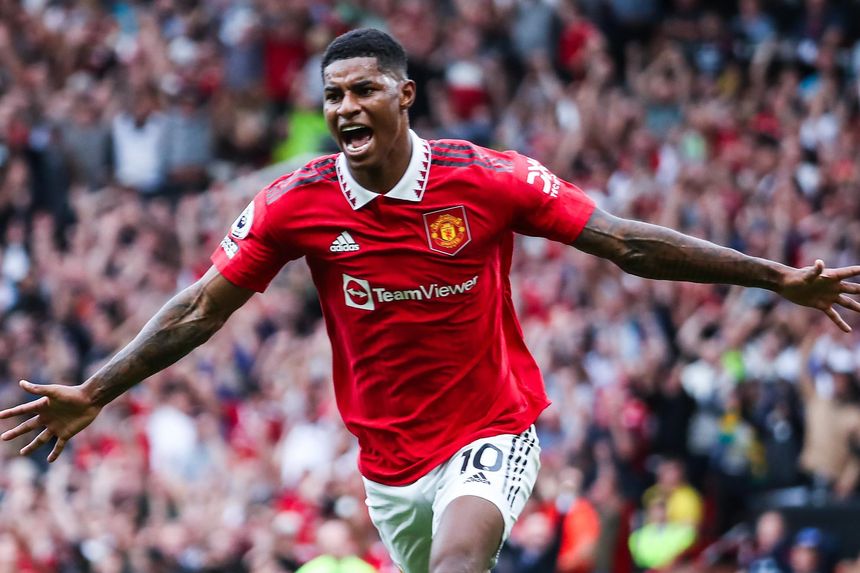 Marcus Rashford scored two goals and created another as Manchester United ended Arsenal's winning start to the season with a 3-1 victory at Old Trafford.

Antony, the Brazilian winger signed from Ajax on Deadline Day, marked his debut with a 35th-minute goal from a sweeping team move.

Arsenal levelled on the hour through Bukayo Saka’s first of the season, but Man Utd restored their lead six minutes later, when Rashford raced on to Bruno Fernandes’ precise through-ball to finish.

Rashford scored another breakaway goal to condemn the Gunners to their first defeat of the campaign.

A fourth successive win sends United up to fifth place with 12 points, three behind leaders Arsenal.

Earlier in the day, Brighton & Hove Albion moved up to fourth with a brilliant 5-2 victory over Leicester City.

Despite conceding to Kelechi Iheanacho’s first-minute strike, Graham Potter’s men went 2-1 up thanks to Luke Thomas’ own goal and a Moises Caicedo effort.

Patson Daka brought the visitors level, but the second half was one-way traffic as Leandro Trossard and an Alexis Mac Allister brace, including a wonderful added-time free-kick, completed the win.

After scoring five goals for the first time in the top-flight, Brighton lie just two points off top spot, while Leicester, who are enduring their worst start to a Premier League campaign, remain at the foot of the table with one point from six matches.