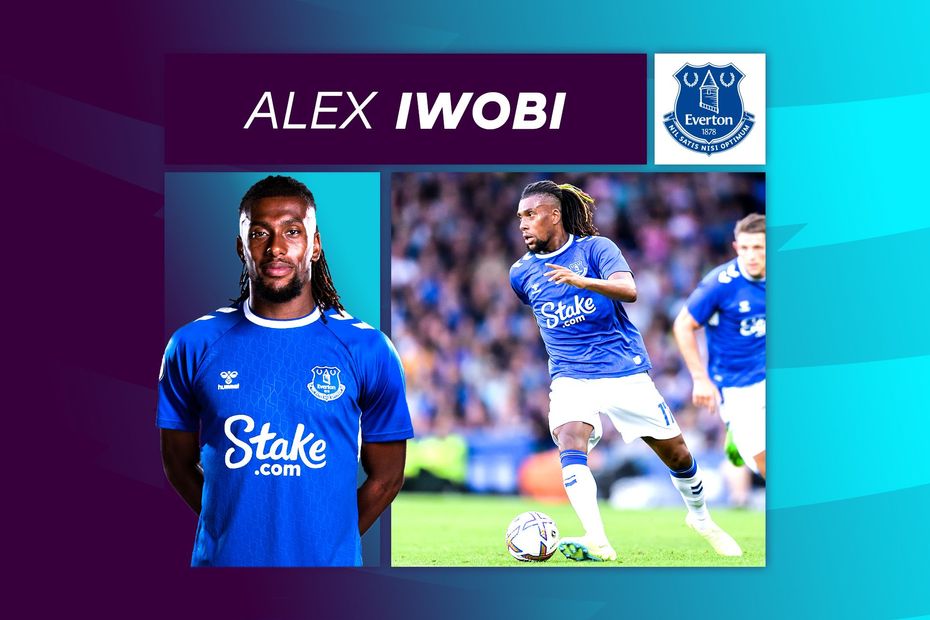 If Everton are to claim their first victory of the season in Saturday’s Merseyside derby, they will need a stellar performance from their man in form, Alex Iwobi.

It has been a challenging start to the new campaign for Frank Lampard’s side, who remain winless, but the 26-year-old has excelled in a new central-midfield berth.

Facing a Liverpool midfield weakened by injuries, the industrious and creative Nigerian has a pivotal role to play at Goodison Park.

We are accustomed to seeing Iwobi in a wide, attacking role but the former Arsenal midfielder has shown a terrific appetite to shine in a more central, defensive position.

Covering an impressive 10.7km per 90 minutes, Iwobi has been getting around the pitch with tremendous enthusiasm.

That afternoon he regained possession with 17 ball recoveries, many of which occurred beyond the halfway line.

Covering team-mates in wide areas, as well as down the spine of the pitch, Iwobi is full of running at the moment.

Using that mobility and his strong physique to good effect, he is ranked sixth among Premier League midfielders for regains of possession.

That is mightily impressive for somebody so new to an orthodox central-midfield role.

Iwobi has spent much of this campaign operating as part of a midfield pairing, but last time out at Elland Road the Toffees switched to a 4-3-3.

It was a rocky road at times during the 1-1 draw, but Iwobi, Tom Davies and newcomer Amadou Onana looked a competitive, well-balanced unit.

If Everton persist with the same shape against Liverpool it would match the two sides up and ensure their central midfield is not outnumbered.

Contributing all over the pitch

Performing in a three-man unit does provide Iwobi with more opportunities to stretch his legs as a box-to-box threat.

We saw this at Leeds United when he ventured forward to set up Anthony Gordon's goal, courtesy of a tremendous through-ball inside the final third.

He is Everton’s most productive passer inside the opposition half, and the player who has created the most chances.

Lampard's arrival at Goodison Park has given Iwobi a noticeable boost.

During the latter part of 2021/22 and across the early stages of this campaign the midfielder has transformed himself from bit-part substitute to key man.

His energy and drive will be crucial for Everton in the 241st Merseyside derby.