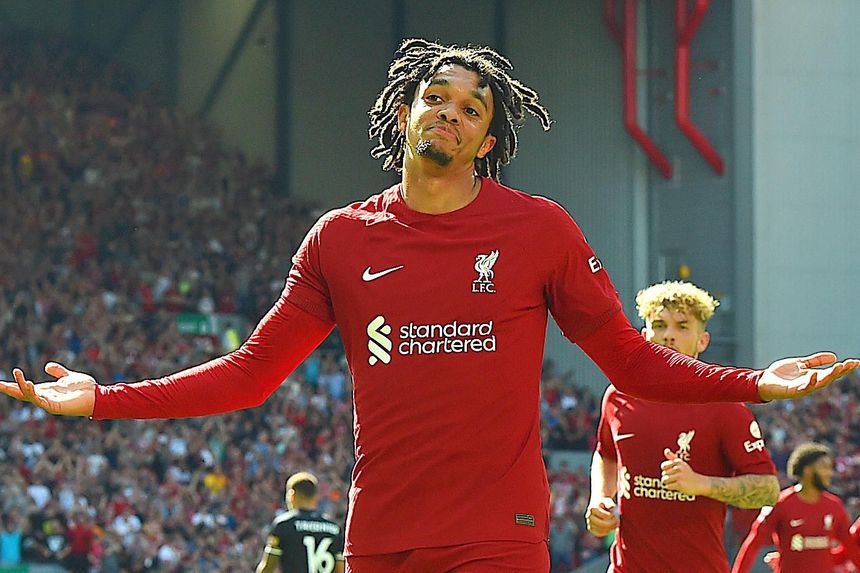 Trent Alexander-Arnold (£7.5m) made nearly half-a-million Fantasy Premier League managers regret their decision to sell him with a bumper haul in Gameweek 4.

The Liverpool right-back was the second most-sold player in the Gameweek, moved on by 495,000+ managers after a run of three straight blanks to start the season.

But he responded to those sales with the second-best Anfield score of his career, returning 17 points against AFC Bournemouth thanks to a goal, an assist, a clean sheet and two bonus points.

Enjoy every angle of @TrentAA's strike against AFC Bournemouth, presented by @Sonos 👌 pic.twitter.com/dEU9WU3pxo

But it was a day to forget for Mohamed Salah (£13.0m) backers, the Egyptian playing no part in any of his side’s goals despite playing 90 minutes.

In stark contrast, Erling Haaland (£11.8m) strengthened his claim as the go-to premium attacker in 2022/23 Fantasy with a hat-trick at home to Crystal Palace.

The Manchester City forward is now the top-scoring player in the game following his 17-point return.

Haaland, who rose in price overnight, is the only player who has produced attacking returns in each of the first four Gameweeks.

Arsenal and Brighton & Hove Albion’s cut-price players continue to reward investors at both ends of the pitch.

Saliba has combined a goal and assist with two clean sheets in his first four outings, collecting two bonus points on three occasions.

Robert Sanchez (£4.6m), meanwhile, is the top-scoring player in his position in Fantasy after Brighton’s 1-0 home win over Leeds United.

The goalkeeper has kept three clean sheets and also picked up two save points. Furthermore, Sanchez has amassed four bonus points already, half his total from last season.

Brighton’s Pascal Gross (£5.8m) and Arsenal’s Martin Odegaard (£6.5m) each occupy a place in the top three of the midfielder standings after scoring and claiming their second double-figure returns of the campaign.

Gross’s winner against Leeds was his third goal of the season, already surpassing his total of two in 2021/22.

Odegaard’s strike against Fulham took his tally to 26 points in the last two Gameweeks.

Owned by under six per cent of managers, he scored twice to deliver a 15-point return, making him the top-scoring midfielder in the Gameweek so far.