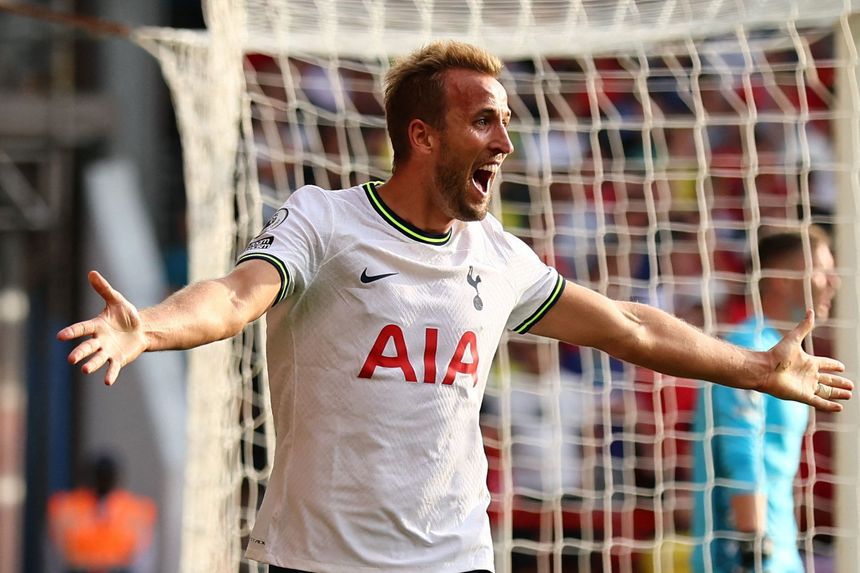 Shearer: Kane is coming for my goal record
Sherwood: It's looking good for Spurs at the moment
Shearer: Moyes' bravery won West Ham that match

Kane took only five minutes to net his third goal of the season, and 200th of his league career, with a shot into the bottom corner after good build-up play from Dejan Kulusevski.

The striker has now scored against 31 of the 32 sides he has faced in the Premier League, failing to net only against Brentford.

Kane was denied a second goal on 56 minutes when his spot-kick was saved by Dean Henderson but he made no mistake with nine minutes remaining, sending a diving header from Richarlison's cross past the Forest goalkeeper.

Spurs are level on 10 points with Manchester City while Forest drop to 13th spot with four points.

Earlier in the day a sensational 90th-minute Allan Saint-Maximin volley gave Newcastle United a 1-1 draw at Wolverhampton Wanderers to maintain their unbeaten start to the season.

Ruben Neves put Wolves ahead in the first half, taking a touch and then arrowing a long-range shot into the bottom corner. It was the eighth of his 16 Premier League goals to have been scored from outside the box, including four of his last five.

Wolves were heading for their first win of 2022/23 and Newcastle their first defeat but with time running out Hwang Hee-chan's clearance fell invitingly for Saint-Maximin, and he sent a stunning first-time 25-yard volley past Jose Sa.

The point puts Newcastle in seventh with six points while Wolves drop to 19th on two.

Pablo Fornals' 74th-minute strike proved decisive as West Ham United moved off the foot of the table with a 1-0 victory at Aston Villa, their first Premier League win of 2022/23.

The Hammers, who had failed to register a goal in the competition this season, made the breakthrough 16 minutes from time with Fornals' deflected shot from Declan Rice's pass that flew over Emiliano Martinez in the Villa goal.

"The manager got it wrong in the first half," said Premier League record goalscorer Alan Shearer, "But at least he was brave enough to admit that at half-time, changed the system, changed the personnel, and it worked for them."

West Ham's fifth consecutive Premier League victory over Villa moves them up to 17th, one place behind Villa who also have three points.