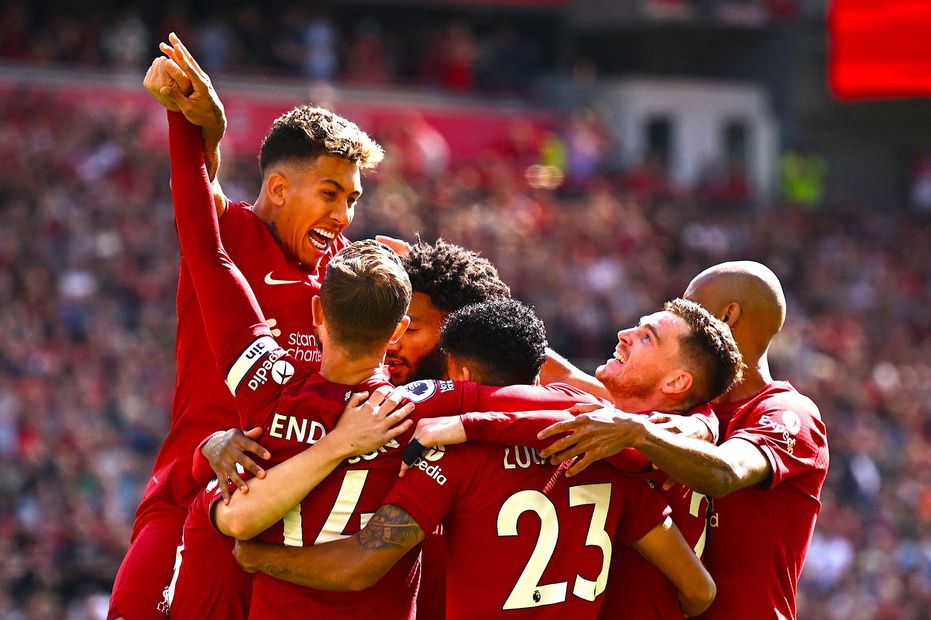 Liverpool beat AFC Bournemouth 9-0 to equal the Premier League record for the biggest-ever victory, while Erling Haaland's hat-trick inspired Manchester City to a 4-2 comeback victory over Crystal Palace in a thrilling day of action.

Jurgen Klopp's side raced into a two-goal lead after six minutes through Luis Diaz and a first Premier League goal for Harvey Elliott.

Further strikes by Trent Alexander-Arnold, Roberto Firmino and Virgil van Dijk had the hosts 5-0 up at the break.

A Chris Mepham own goal, along with further strikes by Firmino, scoring his 100th for the club, Diaz and a first goal in the competition by Fabio Carvalho helped the Reds to their biggest-ever Premier League victory.

Liverpool's first win of the season moves them up to eighth place on five points, two more than 16th-placed AFC Bournemouth.

There was more drama at the Etihad Stadium as Haaland struck three times in 20 minutes to inspire a dramatic turnaround against Palace.

The Eagles led 2-0 at the break through a John Stones own goal and Joachim Andersen's header.

Arsenal remain top after a dramatic comeback win of their own over Fulham maintained their 100 per cent start to the season.

Aleksandar Mitrovic dispossessed Gabriel to score his 100th goal for the club and give the Cottagers a second-half lead, but Martin Odegaard's deflected shot pulled the Gunners level.

Gabriel then redeemed himself as he bundled in from close range to claim a late, hard-fought victory, ending 11th-placed Fulham's unbeaten start to the campaign.

Wins for Chelsea and Man Utd

Conor Gallagher was sent off for the Blues after receiving a second yellow card in the 28th minute.

Sterling's second-half brace, his first goals for the club, were enough for Chelsea, despite Harvey Barnes' consolation effort.

A second victory of the season lifts Thomas Tuchel's men up to sixth on seven points, while Leicester remain in the bottom three with just one point.

The Portuguese star swept in superbly on the volley from Diogo Dalot's cross to provide the decisive moment, lifting Man Utd up to seventh on six points, two more than 14th-placed Southampton.

Pascal Gross scored his third goal of the season to send the Seagulls up to third, while a first defeat for Leeds leaves them in fifth, three points behind Brighton.

Brentford substitute Vitaly Janelt scored to earn his side a 1-1 draw against Everton.

Anthony Gordon had put the Toffees in front, but the points were shared at Gtech Community Stadium, leaving Brentford in ninth on five points, three more than 17th-placed Everton.

Can Spurs and Newcastle stay unbeaten?

A win for unbeaten Tottenham Hotspur at Nottingham Forest on Sunday will move Antonio Conte's side level on points with second-placed City.

Newcastle United have also yet to suffer a defeat and they travel to Wolverhampton Wanderers, while Aston Villa host West Ham United, with the Hammers seeking their first point of the season.