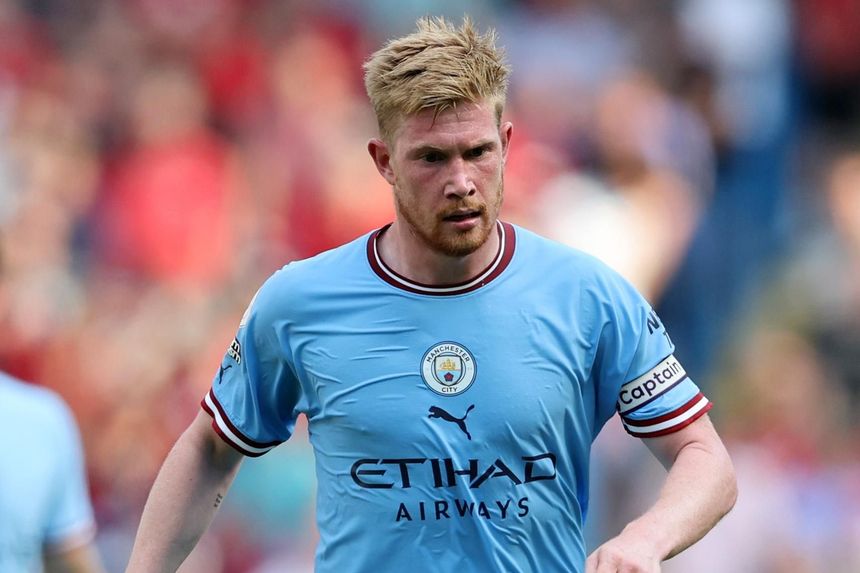 FPL Gameweek 4 Ones to watch
Off The Bench: The perfect forward balance

A home encounter with Crystal Palace makes Kevin De Bruyne (£12.2m) one of the strongest armband options for Gameweek 4 of Fantasy Premier League.

That continued his form from the previous campaign, where he averaged 8.7 points per start at the Etihad Stadium.

City team-mate Haaland has matched the Belgian's early-season output, with returns in each of the first three Gameweeks.

The Norwegian forward has been supplied with seven big chances, a league-leading total.

Salah entertains AFC Bournemouth on the back of three goals in his first three outings.

The Egyptian has a formidable record against promoted opponents, producing double-figure hauls in four of his last six matches.

Jesus, meanwhile, is in outstanding form for Arsenal's match with Fulham.

The Brazilian delivered 19 points in his first outing at Emirates Stadium and his huge 81 per cent ownership means he will be a popular captain pick.

Kane or Toney an alternative?

Kane has scored in each of his last two outings ahead of Tottenham Hotspur's trip to Nottingham Forest.

Forest have conceded 61 shots and 21 shots on target, both more than any other side.

Brentford's Toney sits joint-top among forwards in Fantasy, with returns in each of the first three Gameweeks.

He is the most-bought player in his position for the Gameweek, earning 407,000+ new owners for the Bees’ home encounter with Everton.

Part 2: Scout Selection: Best FPL team for Gameweek 4
Part 3: Who to captain in GW4? What the experts say