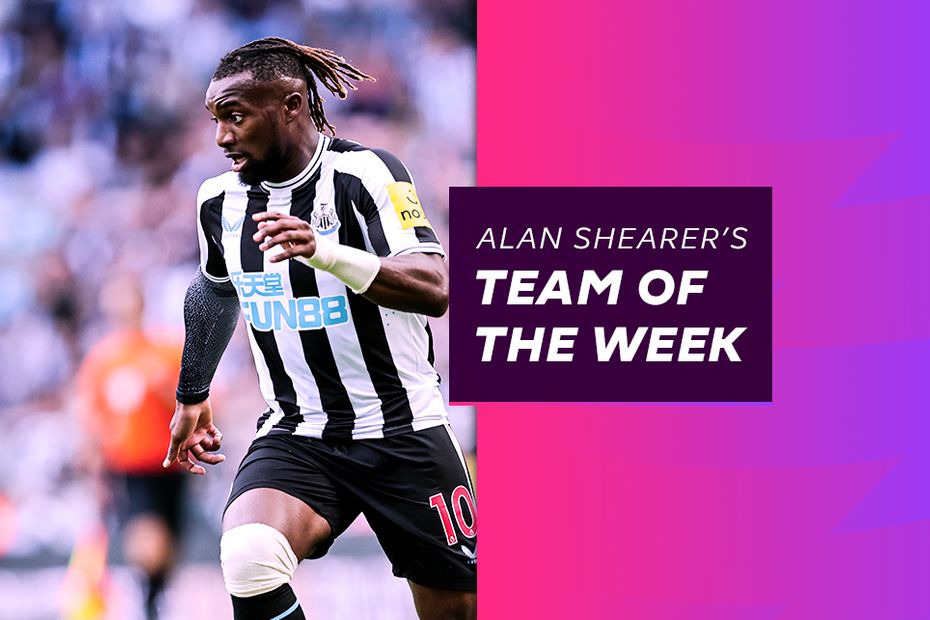 Ferdinand: Super Saint-Maximin is a maverick

Few people would have expected Newcastle United to come away with a point against Manchester City, but thanks to an impressive display from Allan Saint-Maximin, they were unlucky not to emerge with a victory.

Alan Shearer has hailed the winger's display during the thrilling 3-3 draw at St James' Park and the way he tormented the reigning champions' defence.

Saint-Maximin is one of four Newcastle players selected by Shearer, the Premier League's record goalscorer and a Hall of Fame inductee, in his Team of the Week.

🌟 @alanshearer reveals his Team of the Week 👇

Agree with his picks? pic.twitter.com/TeypYyhl7p

Nick Pope (NEW)
"He may have conceded three goals, but his seven saves were key in earning a point against Manchester City."

William Saliba (ARS)
"Superb yet again and what a magnificent first goal for Arsenal."

Tyrell Malacia (MUN)
"To keep Mohamed Salah quiet for most of the match on such a big occasion was no mean feat."

Brenden Aaronson (LEE)
"Chelsea couldn't handle his runs from deep and he was rewarded for pressurising Edouard Mendy with a goal."

Jack Harrison (LEE)
"Produced his third assist of the season and scored a goal to complete a memorable afternoon for Leeds."

Marcus Rashford (MUN)
"Threatened Liverpool all night with his pace and his decisive goal got Man Utd's season off and running."

Manager: Jesse Marsch (LEE)
"His game plan worked to perfection, as his side recorded a famous victory."