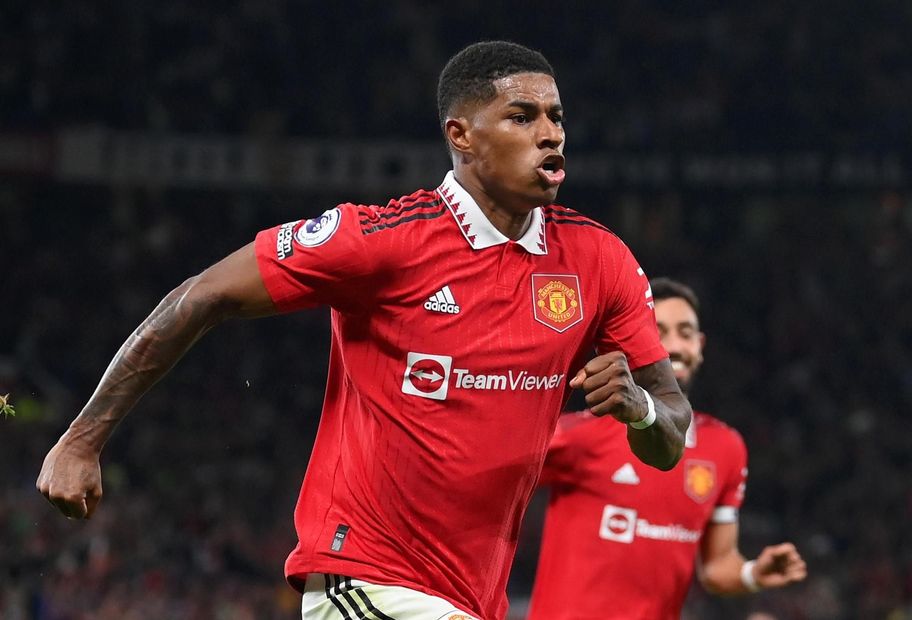 Jadon Sancho and Marcus Rashford were on target as Manchester United claimed their first win of the season with a 2-1 win over Liverpool at Old Trafford on Monday night.

The hosts, who had not beaten Jurgen Klopp's side since March 2018, got off to a superb start and might have scored in the fifth minute when Anthony Elanga hit the far post with a curling shot.

But Sancho's composed 16th-minute strike set Erik ten Hag's side on their way and when Rashford doubled their lead early on in the second half it was no less than they deserved.

Liverpool did give themselves a fighting chance late on in the contest when Mohamed Salah converted a close-range header nine minutes from time.

But United, who had lost their first two matches of the season, held on for a win that takes them up to 14th place.

Liverpool, who are still without a win this season, drop to 16th.

Man Utd will hope to build momentum when they travel to Southampton in the 12:30 BST kick-off on Saturday, whilst Liverpool will look to respond against AFC Bournemouth later in the day.