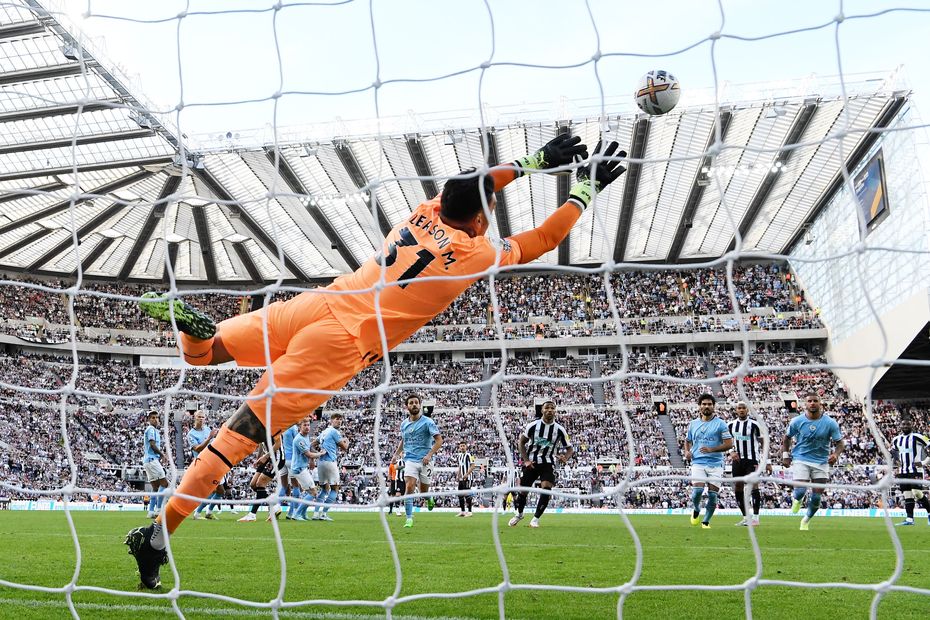 Ferdinand: Haaland will score 30 or 40 goals

Erling Haaland scored his third goal in three matches as Manchester City clawed back a two-goal deficit to earn a thrilling 3-3 draw at Newcastle United.

After Ilkay Gundogan had given City a fifth-minute lead with a close-range finish, Allan Saint-Maximin set up Miguel Almiron for Newcastle's equaliser and then Callum Wilson fired Eddie Howe's side into a 2-1 lead at the break.

Kieran Trippier's thunderbolt of a free-kick on 54 minutes handed Newcastle a two-goal cushion, but back came City as they looked for a win that would return them to top spot.

Earlier in the day Rodrigo was once again on target as Leeds United completed an emphatic 3-0 victory over Chelsea to move up to third place.

Brenden Aaronson opened the scoring when he pressurised Edouard Mendy into an error and tapped in from close range on 33 minutes. It was the American's first Premier League goal.

Rodrigo doubled the Whites’ lead four minutes later, glancing in Jack Harrison’s free-kick for his fourth goal of the season.

Harrison made it 3-0 when he redirected Rodrigo’s shot and Chelsea’s misery was compounded when Kalidou Koulibaly was shown a red card late on for a second bookable offence.

Leeds are two points off the top with seven points while the Blues slip to 12th place on four.

Brighton & Hove Albion are fifth and level on points with Leeds after continuing their strong start to the campaign with a 2-0 win at West Ham United.

Alexis Mac Allister put Brighton 1-0 up when he swept home a first-half penalty following a foul on Danny Welbeck.

The Seagulls, who had not lost in their previous 10 Premier League matches with West Ham, doubled the lead after 66 minutes with a clinical Leandro Trossard finish on the counter-attack.

Can Man Utd move above Liverpool?

Manchester United and Liverpool and will close Matchweek 3 on Monday night with both teams looking for their first win of 2022/23.

United are joint-bottom and have lost their first two matches against Brentford and Brighton.

Victory against Liverpool would move Erik ten Hag's side above the Reds, who have two points following draws with Fulham and Crystal Palace.