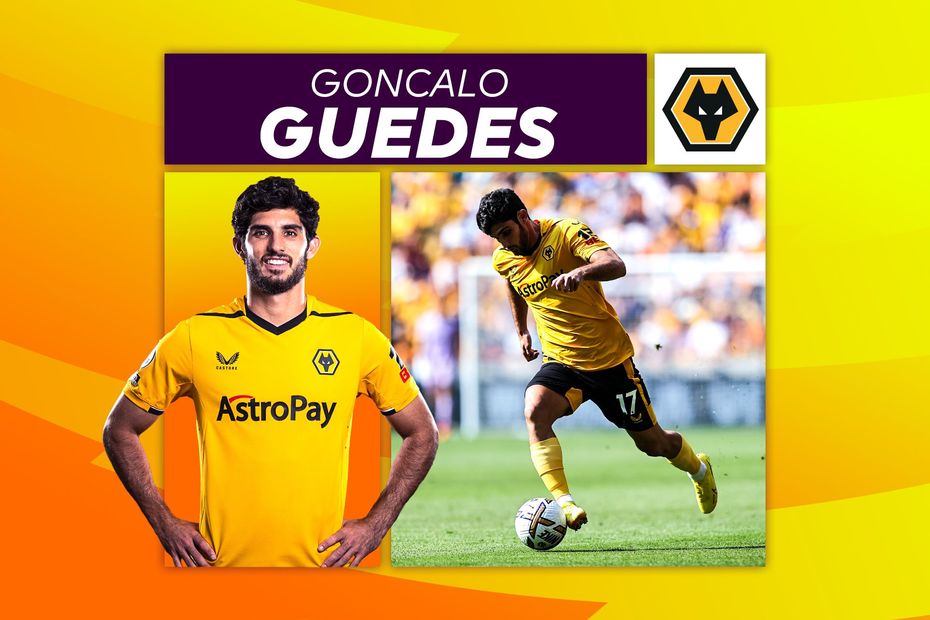 Bruno Lage’s side scored just 38 goals last season, the lowest of any non-relegated club, and they face Spurs on the back of a frustrating goalless home draw with Fulham.

In that match, where Guedes made his debut as a second-half substitute, Wolves managed one shot on target and registered an xG of only 0.89.

The 25-year-old Portuguese strikes the ball very cleanly with his powerful right foot.

He netted 13 goals for Valencia in domestic competitions in 2021/22, including four strikes from outside the penalty area.

When he has the ball within 30 yards of the opposition goal, Guedes can produce special moments.

This match-winning quality will be a huge asset to Wolves, who have relied on Ruben Neves to provide those long-range thunderbolts in recent years.

Stylistically, Guedes is not too dissimilar to injured Wolves striker Raul Jimenez.

He is physically strong and industrious and will make runs to create chances for team-mates.

In LaLiga, he made six assists to accompany his 11 goals last term.

He is also strong in the air and able to attack crosses with confidence.

Lage has built a side who look at their best when countering at pace from inside their own half.

Last season, no Premier League team produced a greater number of fast breaks, and they enjoyed the most completed dribbles too.

The arrival of Guedes will complement that style and Spurs will need to be wary of the way he moves with the ball.

Most chance-creating ball carries for Valencia

From any of the four attacking positions, Guedes is a powerful player who can stride forward with purpose to create chances or have attempts on goal.

Allowing Guedes space to surge into would be a mistake for anyone facing Wolves, and Spurs will have to be on high alert against him.