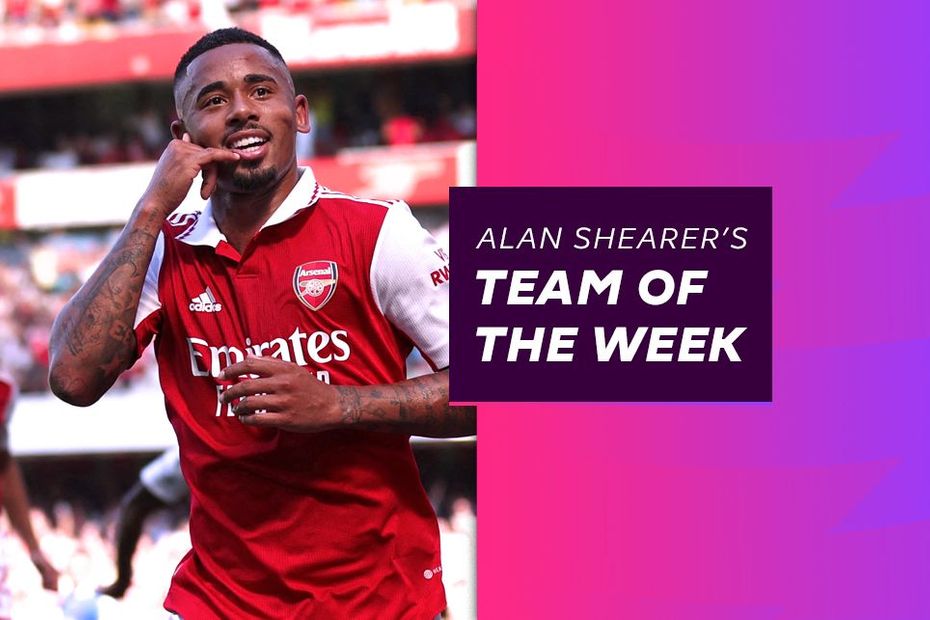 It was a home debut to remember for Gabriel Jesus, who scored twice in Arsenal's 4-2 victory over Leicester City.

Alan Shearer, the Premier League's record goalscorer and a Hall of Fame inductee, was hugely impressed with the Gunners striker, whom he has included in his Matchweek 2 Team of the Week.

Nick Pope (NEW)
"What a superb match he had. Made two or three incredible saves."

Reece James (CHE)
"Fantastic in everything he did. Crosses galore and a great goal."

Kalidou Koulibaly (CHE)
"Superb all match and looked very comfortable. Not a bad first goal either!"

Joao Cancelo (MCI)
"Offered so much and had the most touches for a very impressive Man City side."

Mathias Jensen (BRE)
"Head and shoulders above any of his opponents!"

Kevin De Bruyne (MCI)
"Outstanding again. When is he not? Ran the show."

Rodrigo (LEE)
"Netted a brace to make it three goals in two matches. He is on target to better his six from 2021/22."

Ivan Toney (BRE)
"Man Utd's defence didn’t know how to handle him and he got two assists."

Bryan Mbeumo (BRE)
"Tormented the United back four and scored a super goal."

Manager: Thomas Frank (BRE)
"Masterminded an impressive display. His side were excellent from start to finish."