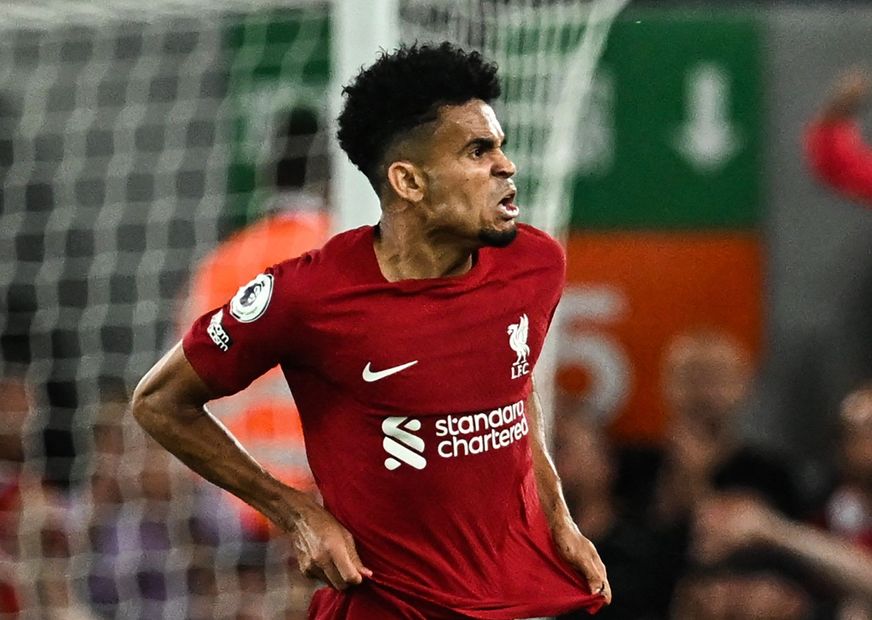 A stunning Luis Diaz strike rescued a point for 10-man Liverpool as they drew 1-1 against Crystal Palace at Anfield.

Wilfried Zaha put Palace in front on 32 minutes, latching on to an Eberechi Eze pass on the counter-attack before firing past Alisson.

Liverpool were reduced to 10 men in the 57th minute when Darwin Nunez was sent off on his full debut for violent conduct following an altercation with Joachim Andersen.

But Diaz swept in superbly from the edge of the area four minutes later to level and although Zaha struck a post late on, neither side could find a late winner.

Back-to-back draws make this Jurgen Klopp's worst start to a Premier League season after two matches while Mohamed Salah has still remarkably yet to score in Matchweek 2 since joining Liverpool.

The Reds sit 12th on two points, one more than Palace in 16th.

Klopp's side will hope to secure their first win of the campaign a week today when they travel to Manchester United while Palace will seek a first victory at home to Aston Villa on Saturday.