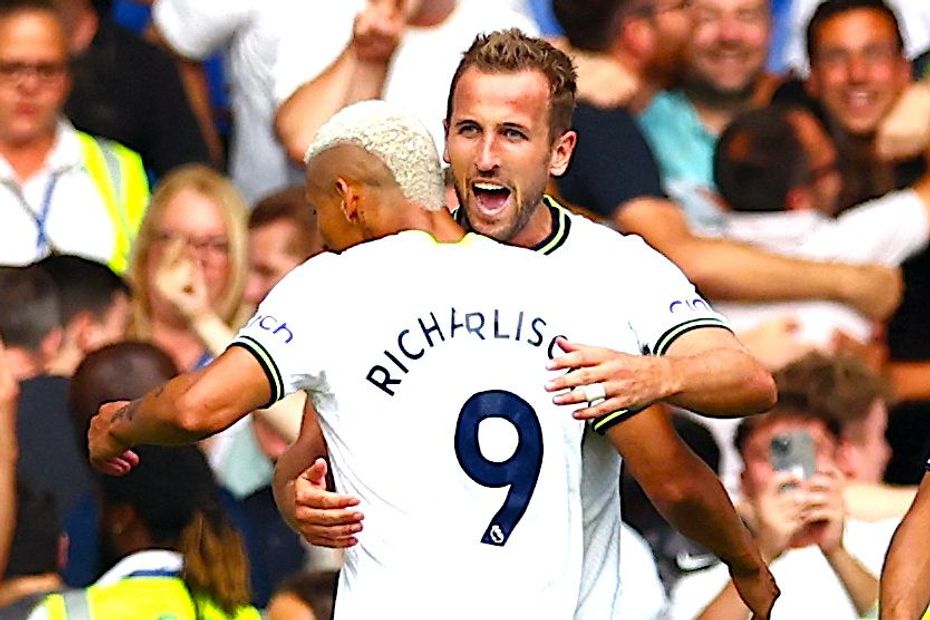 A stoppage-time goal from Harry Kane earned Tottenham Hotspur a 2-2 draw against Chelsea in a thrilling contest at Stamford Bridge.

The Spurs striker headed in from substitute Ivan Perisic's corner in the sixth minute of added time.

The Blues twice went ahead, firstly through Kalidou Koulibaly, volleying in superbly to score his first goal for the club, and Reece James.

Pierre-Emile Hojbjerg scored the other Spurs goal either side of the Chelsea strikes.

Both sides sit on four points after two matches played, with Spurs in fourth and Chelsea seventh.

The striker bundled in from close range in first-half stoppage time after the ball diverted into his path.

However the visitors will be wondering how they left the City Ground empty-handed.

Pablo Fornals and Said Benrahma both struck the woodwork while the biggest opportunity came to Declan Rice, whose 65th-minute penalty, awarded for a Scott McKenna handball following a VAR review, was saved by Dean Henderson.

A first victory of the season lifts Forest up to 10th on three points, while back-to-back defeats leave West Ham in 19th.

A thrilling Matchweek isn't over yet, with Liverpool and Crystal Palace both looking to secure their first win of the season when they meet at Anfield on Monday.

Darwin Nunez will be hoping to earn a first Premier League start for the Reds after coming off the bench to produce a goal and an assist in last weekend's 2-2 draw at Fulham.