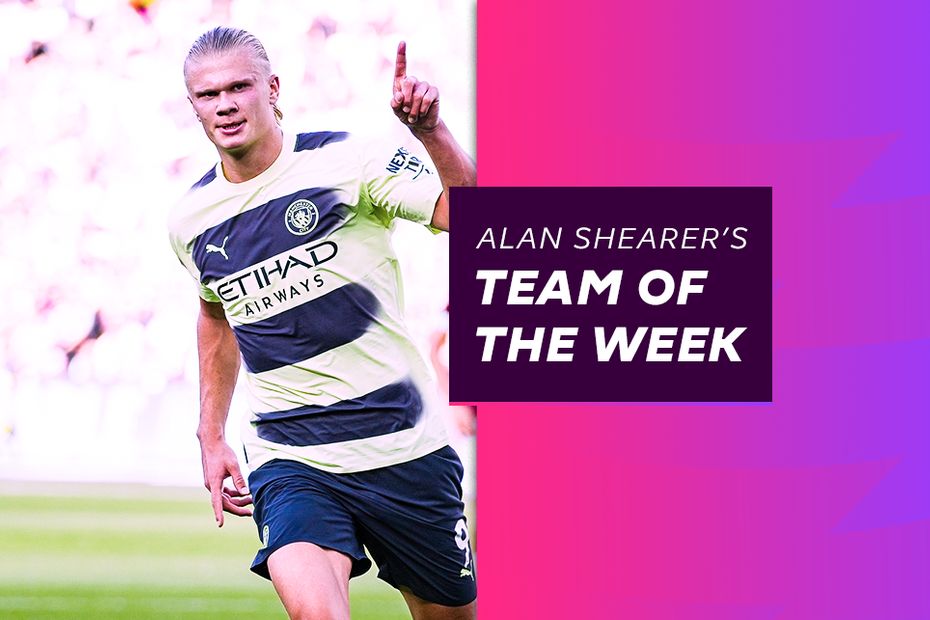 In what was one of the most anticipated debuts in recent Premier League history, Erling Haaland lived up to the hype as he scored twice in Manchester City's 2-0 win at West Ham United.

Indeed, Hall of Fame inductee Alan Shearer has suggested Haaland is already coming for his Premier League record of 260 goals and looks like he "will score tons of goals" in England.

Haaland won and converted a penalty before making a brilliant run in behind to score from Kevin De Bruyne's pass in a performance Shearer says was "an incredible start to his Premier League career."

William Saliba (ARS)
"A great debut performance and a dominating presence. Exactly what Arsenal needed at the back."

Fabian Schar (NEW)
"An integral part of the Newcastle United defence who kept another home clean sheet and he opened the scoring with a magnificent goal."

Ryan Sessegnon (TOT)
"Scored with a great header and produced a solid all-round performance as he stole an early march on Ivan Perisic in the battle for the starting spot at left wing-back."

Dejan Kulusevski (TOT)
"A superb opening day for the winger and his team, continuing his excellent form from the end of last season with another goal and assist."

Bruno Guimaraes (NEW)
"The Brazilian ran the midfield and produced some exquisite passing in a comfortable Newcastle win."

Jefferson Lerma (BOU)
"Back in the Premier League and impressed by scoring the first goal before going on to dominate the midfield battle against Aston Villa."

Joao Palhinha (FUL)
"A brilliant debut for the Fulham midfielder, who worked tirelessly and shone against top-class opposition in Liverpool."

Aleksandar Mitrovic (FUL)
"Gave the Liverpool back four a torrid afternoon and scored both goals, including a towering header at the back post."

Erling Haaland (MCI)
"An incredible start to his Premier League career, scoring two goals on his debut. He will score a ton of goals in that City side if he stays fit."

Manager: Graham Potter (BHA)
"Got it spot-on tactically, with his side pressing Manchester United superbly and looking lethal on the counter-attack."