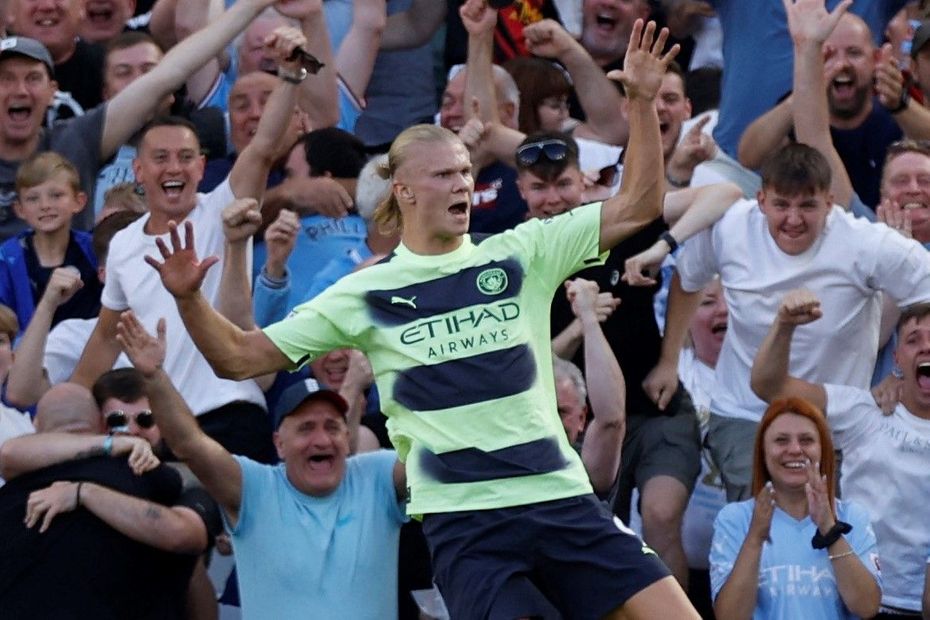 The opening weekend of the 2022/23 Premier League season delivered more drama on Sunday as champions Manchester City earned a 2-0 win at West Ham United thanks to a brace from Erling Haaland, while Brighton & Hove Albion beat Manchester United 2-1 to record their first victory at Old Trafford and ruin Erik ten Hag's first match in charge.

Haaland was the hero for Man City at London Stadium, marking his Premier League debut with a goal in each half.

After winning and then converting a penalty on 36 minutes, the Norwegian added a second in the 65th minute, with a clinical finish from Kevin De Bruyne's through-ball.

Gross at the double

The German first converted a low cross from Danny Welbeck to put Brighton ahead on the half-hour, before scoring a second six minutes before half-time.

Cristiano Ronaldo came on shortly after the break and United halved the deficit on 68 minutes through Alexis Mac Allister's own goal.

But, the hosts were unable to force a late equaliser and Ten Hag became the first United manager to lose his opening Premier League fixture since Louis van Goal against Swansea City in 2014.

In Sunday's other match, Brentford came from two goals down to claim a 2-2 draw at Leicester City.

Timothy Castagne headed in James Maddison's corner to give Leicester the lead on 33 minutes, before Kiernan Dewsbury-Hall's 25-yard strike shortly after half-time.

The Bees responded just after the hour through Ivan Toney and, with four minutes remaining, substitute Josh Dasilva equalised with a superb effort for his first Premier League goal.