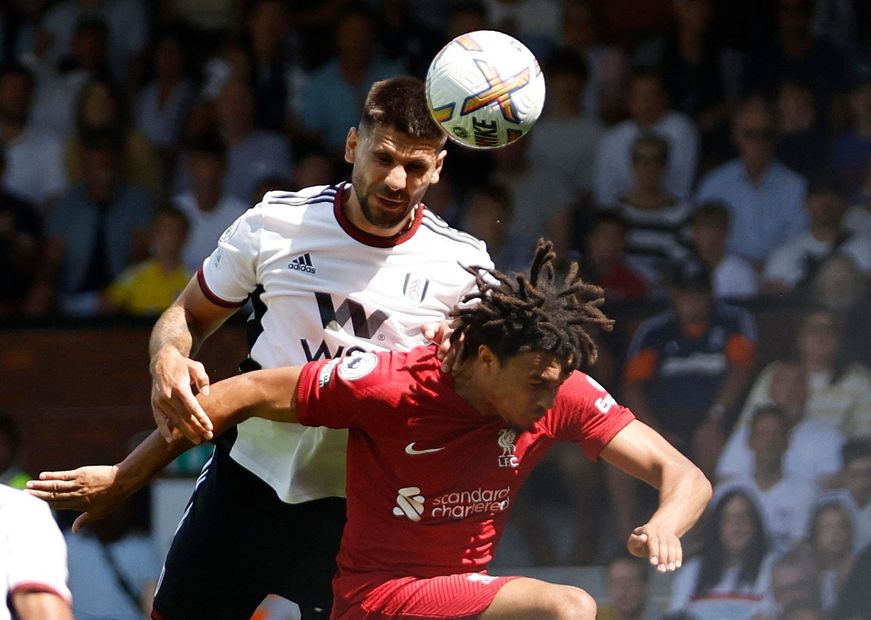 The first Saturday of the 2022/23 Premier League was full of thrills as title contenders Liverpool had to come from behind twice at promoted Fulham to start their season with a draw, while Tottenham Hotspur continued last season's impressive form with a 4-1 victory over Southampton.

Aleksandar Mitrovic was Fulham's hero at Craven Cottage with a double as Marco Silva's side made it three Premier League matches in a row unbeaten against the Reds.

Mitrovic's 32nd-minute header put Fulham 1-0 up before Darwin Nunez came off the bench to mark his Premier League debut with a 64th-minute equaliser.

Despite seeing his team save a point Liverpool manager Jurgen Klopp was unhappy with his team's performance. When asked how frustrated he was, Klopp replied: "You really want to know on a scale of one to 10? Twelve."

Spurs went behind to Southampton's James Ward-Prowse, but inspired by Dejan Kulusevski, who got a goal and an assist, they went 2-1 up by half-time. Antonio Conte's side turned on the style to add two more goals after the break for Spurs' biggest opening-day win in their 30 years in the Premier League.

Nottingham Forest were unable to celebrate their return to the Premier League after 23 years. They lost 2-0 at Newcastle United, who claimed their first win of the season 14 matches earlier than in 2021/22 thanks to sublime goals from Fabian Schar and Callum Wilson.

Elsewhere AFC Bournemouth, had more joy on their return, claiming a 2-0 home win over Aston Villa. Jefferson Lerma's opener was timed at 1min 56sec - the quickest scored by a promoted side in their first match back. Kieffer Moore added a second goal on 80 minutes.

Leeds United recorded a 2-1 comeback victory against Wolverhampton Wanderers at Elland Road. Daniel Podence gave Wolves an early lead but Rodrigo equalised and a Rayan Ait-Nouri own goal turned the match on its head.

In Saturday's final match, Chelsea beat Everton thanks to a first-half penalty from Jorginho, but last season's third-placed side struggled to convert their dominance at Goodison Park into further goals.

Manchester City open their title defence at West Ham United on Sunday, where Erling Haaland is expected to make his Premier League debut.