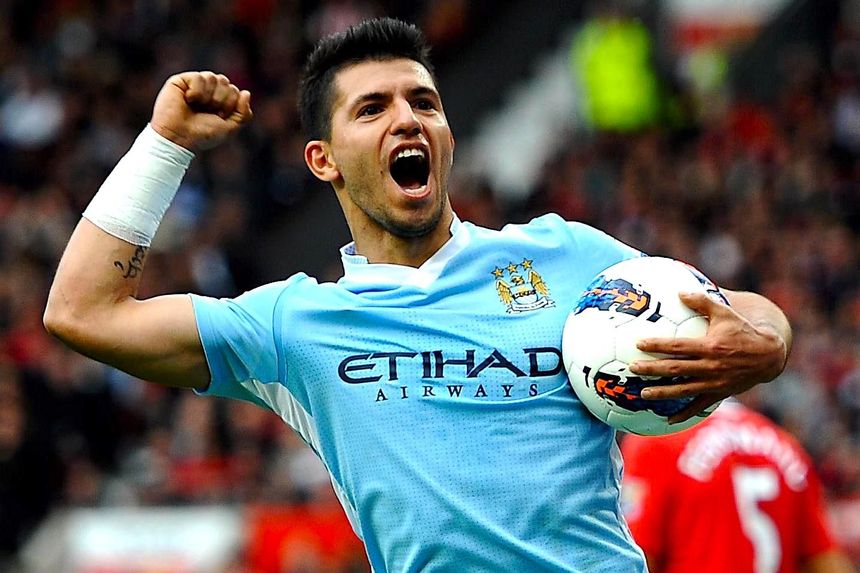 From his iconic title-winner to netting five against Newcastle, the Man City star made his mark

That was the first of five winners' medals for the striker during a prolific decade at the Etihad Stadium, in which Aguero broke numerous records and won countless accolades.

The Argentinian became the League's all-time leading foreign goalscorer during a 6-1 victory over Aston Villa in January 2020.

And, later in the same match, Aguero claimed the record for the most Premier League hat-tricks, netting his 12th to beat Alan Shearer's total of 11.

He is also one of only five players to score five times in a Premier League fixture, doing so against Newcastle United in 2015/16.

In typical Aguero fashion, he marked his farewell match for City with a brace against Everton, to overtake Wayne Rooney’s Premier League record for the most goals scored with one club.

Indeed, this made him the only player to ever net twice in his first and last match in the competition's history.

Most PL goals for one club