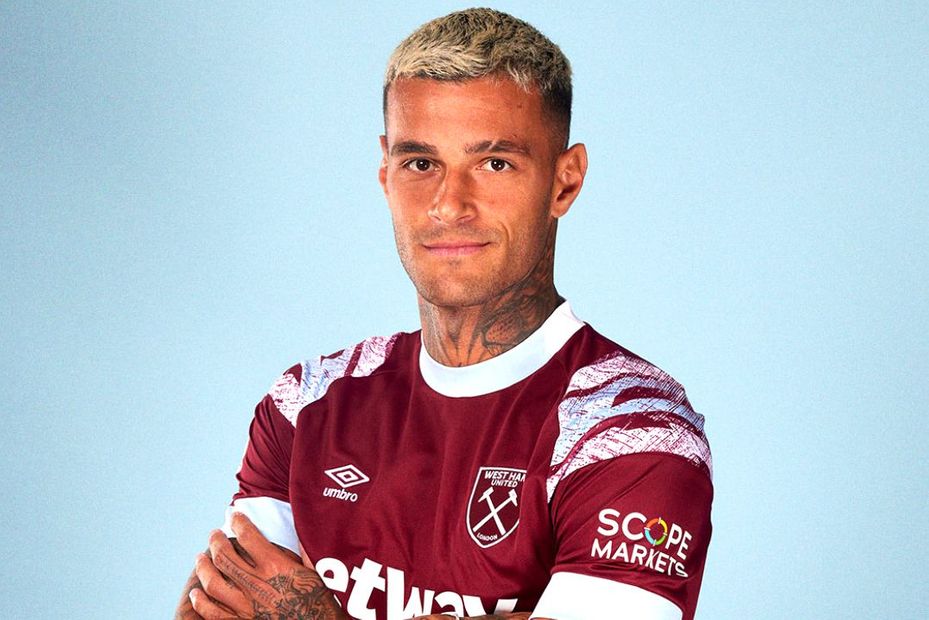 Scamacca will offer West Ham United much-needed depth up front for the 2022/23 season and beyond.

The 6ft 4in striker netted 16 goals for Sassuolo in Serie A last term, enjoying the best season of his career so far.

Scamacca's style of play remains a touch unpolished, but he is strong in the air, hardworking and capable of producing a variety of quality right-footed finishes.

While Michail Antonio has largely been excellent for West Ham, the 32-year-old tired during the second half of 2021/22, possibly due to the absence of a natural target-man alternative.

The presence of Scamacca will allow David Moyes to rest and rotate his forward line without weakening the team.

He found the back of the net with one direct free-kick from outside the box, and twice with goals from open play, including a 25-yard scorcher into the top corner against AC Milan.

The 23-year-old hits the ball cleanly with his right foot, and also scored with three terrific volleyed efforts in the previous campaign.

Make an espresso, put your feet up and roll back the years! ☕️🇮🇹

🗣 In a very special edition of Gazzetta Football Italia, Gianluca Scamacca speaks with @acjimbo for the first time as a West Ham United player! pic.twitter.com/ts7fFDJedO

Scamacca evades his markers with smart movement inside the area too, especially when crosses are sent in.

Using his height, the Italy international attacks aerial balls with real purpose and West Ham’s strength at set-pieces can only be enhanced.

Another of Scamacca's attributes is an ability to hold the ball up and bring others into play.

His pass accuracy averaged 74.6 per cent last season, a respectable figure for a centre-forward who usually leads the line on his own.

Scamacca's tendency is to keep things simple when part of the build-up.

If West Ham want to hit a few extra longer passes from defence to attack, his presence will certainly provide encouragement.

He won almost 56 per cent of his aerial duels last season, way ahead of the averages recorded by the Hammers' forwards.

So, when long balls are played forward for Scamacca, look out for Jarrod Bowen sprinting beyond the last defender to his flick-ons.

Scamacca has all the attributes a Premier League striker needs and will hope to hit the ground running for West Ham.