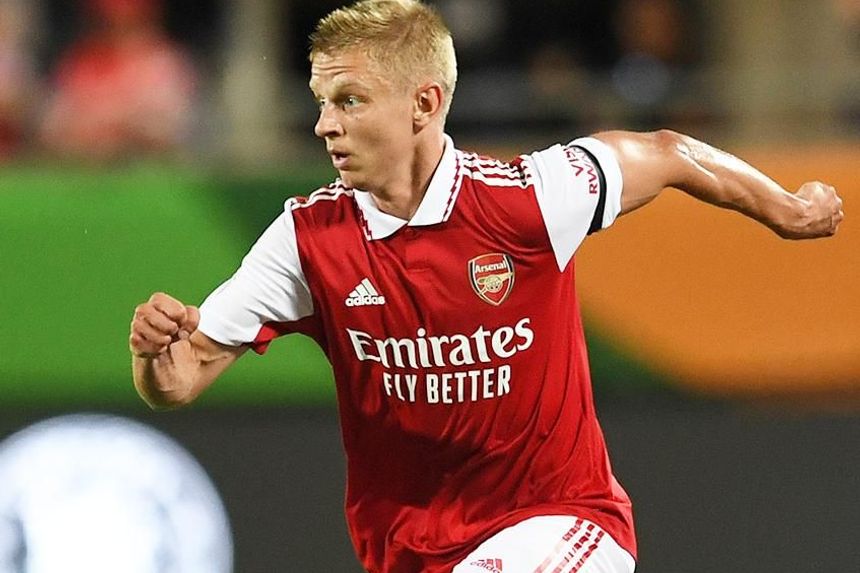 FPL Pod: Who to pick from Man Utd and Arsenal?
Download the 2022/23 fixtures to your calendar now
Everything you need for 2022/23 Fantasy Premier League

The Scout looks at the transfer trends of Fantasy Premier League managers and picks out the best differentials ahead of the start of the 2022/23 season.

Trent Alexander-Arnold (£7.5m), Joao Cancelo (£7.0m) and Reece James (£6.0m) have dominated the plans of Fantasy managers, with all three found in over 40 per cent of squads.

Their popularity leaves a host of strong options at the back for managers to consider.

The Ukrainian looks set to secure a regular role for Arsenal after arriving from Man City.

Zinchenko was limited to only 10 starts last season, yet still averaged 5.1 points per match in those outings, thanks to four assists and five clean sheets.

His versatility could be crucial for the Gunners, offering an option at both left-back and central midfield.

He is owned by just over eight per cent of squads ahead of a very favourable run of early opponents.

According to the Fixture Difficulty Ratings (FDR), six of Arsenal's first eight matches score only two.

Liverpool's left-back can be found in 10 per cent of squads, compared with the 54 per cent of his team-mate Alexander-Arnold.

Robertson enjoyed an outstanding second half of the previous campaign, blanking in just one of his final 15 starts.

The Scot produced a team-high 117 points from Gameweek 20 onwards, compared with the 85 points of Alexander-Arnold.

Combined with their kind opening schedule, doubling up on the Reds pair could prove a strong tactic early on.

Jurgen Klopp's side face only one of last season's top six in their first seven matches.

The Aston Villa left-back has been largely overlooked due to the popularity of his fellow defender Matty Cash (£5.0m).

Whereas Cash is found in 20 per cent of squads, Digne is backed by just over three per cent.

The Frenchman was a standout creator after Steven Gerrard arrived as head coach in Gameweek 12 last season.

His 34 key passes placed second for Villa from that point on and ranked third among defenders, bettered only by Liverpool pair Alexander-Arnold and Robertson.

Each of Villa's first three matches score only two in the FDR, lifting Digne's appeal as a short-term pick.

Part 1: Sa among overlooked goalkeepers
Part 3: Grealish can be an early bargain
Part 4: Back Vardy in kind home fixtures