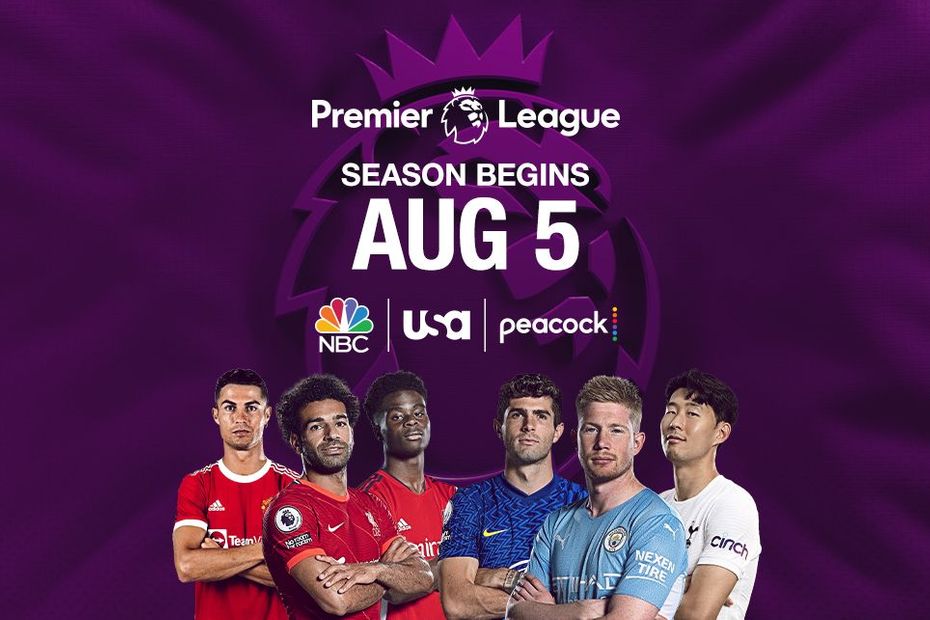 The Premier League is back! The action returns this weekend and you can experience all the drama throughout the season with NBC, USA & Peacock, starting on Friday August 5.

Will Gabriel Jesus start with a bang at Arsenal? Find out on Friday as the Gunners kick off the 2022/23 campaign with a London derby at Crystal Palace.

Can Darwin Nunez fill the hole left by Sadio Mane in Liverpool’s attack? Follow the Uruguayan’s debut at promoted Fulham on Saturday.

Tottenham Hotspur will hope to be part of the title race under Antonio Conte and will target a winning start at home against Southampton.

Chelsea then visit an Everton side managed by the Blues’ record goalscorer, Frank Lampard, who will be looking to keep the Toffees well away from the relegation fight this term.

Can Erik ten Hag restore Manchester United to their former greatness? All eyes will be on Old Trafford on Sunday as the Dutchman starts his reign against Brighton & Hove Albion.

And can Erling Haaland take Manchester City to yet another level? See how the Norwegian clicks with Kevin De Bruyne and co when the champions start their title defence against West Ham United.

The wait is over and the big kick-off is here. Strap in and enjoy the drama!