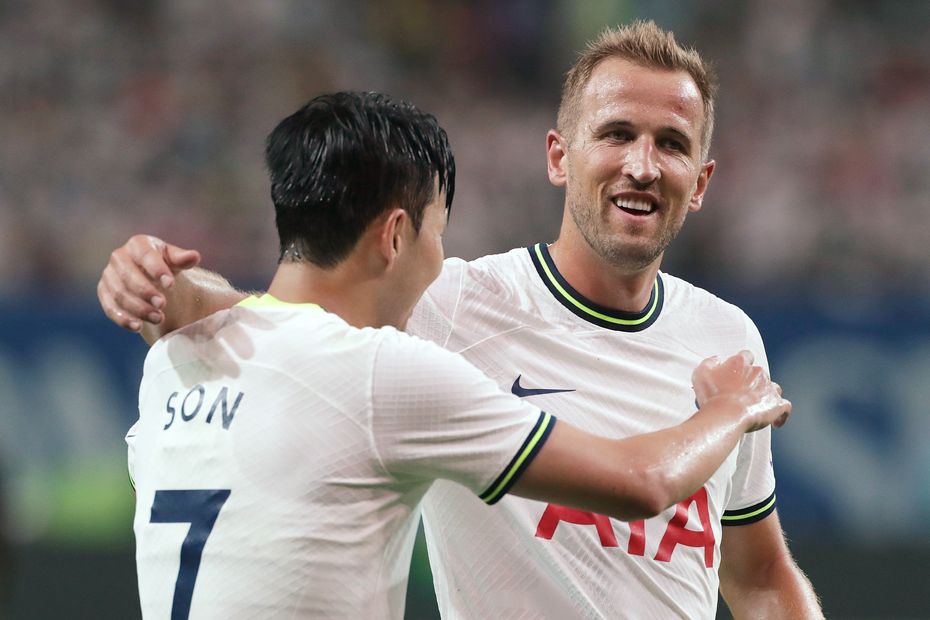 The Scout assesses the top-performing players over the weekend's friendlies

The Scout’s preset squads: Own Salah, De Bruyne and Kane

Antonio’s verdict on Rangers: “We have to continue in this way” External Link
FPL experts' 2022/23 teams: Lee Bonfield

The Scout looks at the players impressing in pre-season who managers may consider for opening Fantasy Premier League squads.

Harry Kane (£11.5m) and Son Heung-min (£12.0m) have continued their excellent form ahead of the start of the new season.

Kane scored both of Tottenham Hotspur’s goals in a 2-1 friendly win over Rangers at the weekend, with Son supplying the assist on each occasion.

Their fellow big-hitter Erling Haaland (£11.5m) made an instant impact on his debut for Manchester City, scoring the decisive goal in a 1-0 victory over Bayern Munich.

Haaland is the second most-popular player in Fantasy, owned by over 58 per cent of managers despite playing only 45 minutes over Man City’s two friendlies.

Those backers will get another chance to assess the forward's fitness when Pep Guardiola's side face Liverpool in the Community Shield on Saturday, their final pre-season fixture.

Gabriel Jesus (£8.0m), meanwhile, continues to show why he is the most-selected player in the game.

Arsenal’s Brazilian can be found in 62.8 per cent of squads after scoring the opener in their 4-0 win over Chelsea.

He has four goals and an assist over his four summer appearances since joining the Gunners.

The Serb was involved in all of his side's goals in a 3-1 win over Estoril, scoring twice and supplying an assist.

His team-mate Andreas Pereira (£4.5m) also impressed, supplying an assist for the second successive match since joining from Manchester United.

Indeed, the Brazilian is the most-owned midfielder in the sub-£8.0 bracket, selected in 23.7 per cent of squads.

Pereira is among a number of cut-price midfielders who can offer early value in Fantasy.

Wolverhampton Wanderers wingers Pedro Neto and Daniel Podence (both £5.5m) have each produced three goals and an assist in pre-season.

Leon Bailey (£5.0m) strengthened his claim for a starting role for Aston Villa by starring in their draw with Man Utd.

The Jamaican emerged from the bench to produce a goal and an assist, doubling his attacking output for the summer.

Zaha produced two goals and an assist in Palace's 3-0 win at Queens Park Rangers. He has now been involved in seven goals this summer, scoring four and assisting three.