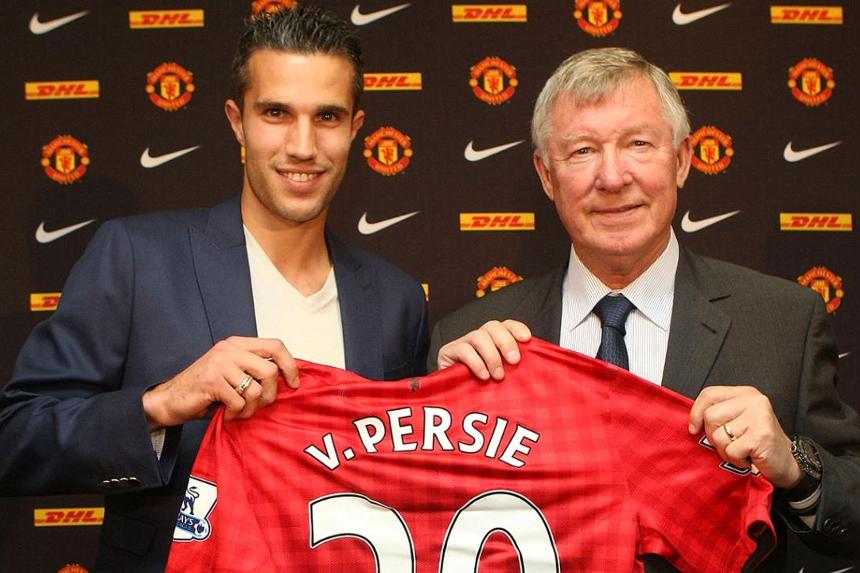 After Sterling's move to Chelsea, we look at five others who signed for top-six rivals

The transfer of Raheem Sterling from Manchester City to Chelsea is a rare occurrence of a player moving from one of the traditional top-six clubs to another.

At Man City, Sterling won 10 trophies, including four Premier League titles, but he is hungry for more.  "I've obviously achieved a lot in my career so far, but there is still so much more to achieve and I'm really looking forward to doing that in a Chelsea shirt," he told Chelsea's official website.

We have looked at five players who swapped one big club for another in search of silverware.

Leeds United are not part of the traditional top six but back in the inaugural season of the Premier League, in 1992, they were the defending league champions.

So their decision to sell Cantona to Manchester United was a surprise. The France international inspired Sir Alex Ferguson's side to four Premier League titles, including two league and FA Cup Doubles, to crown his enduring legacy as a Man Utd legend.

In June 1997 Sheringham left Tottenham Hotspur to join Man Utd as a replacement for Cantona, following the Frenchman's unexpected retirement.

The 31-year-old England striker completed a fearsome forward line that comprised Andrew Cole, Dwight Yorke and Ole Gunnar Solskjaer. Sheringham was an integral member of the side who clinched the unprecented Treble of Premier League, FA Cup and UEFA Champions League in 1999.

Indeed, it was he who scored the stoppage-time equaliser that paved the way for their dramatic turnaround victory over Bayern Munich in the Champions League final. He went on to win two more titles in his four-season spell with the Red Devils.

In the summer of 2001, Campbell stunned the footballing world by leaving Spurs to join north London rivals Arsenal on a free transfer.

Campbell justified his controversial and ambitious move by winning two Premier League titles and FA Cups, including a Double, as well as establishing himself as one of the "Invincibles", who went unbeaten for the entirety of the 2003/04 season.

In 2006, after seven seasons at Arsenal, Cole swapped the red of the Gunners for Chelsea blue.

His decision to join a club he believed to be better placed to win major honours was rewarded by a third Premier League title in 2009/10 as well as four more FA Cups – taking his total to a record seven for a player.

He also helped Chelsea win the 2011/12 UEFA Champions League and the UEFA Europa League the following campaign during a glittering eight-season spell at Stamford Bridge.

In the summer of 2012, after eight seasons at Arsenal and back-to-back Golden Boots, Van Persie decided to pass up his Gunners captaincy and make the move to Man Utd.

The Netherlands striker's impact at Old Trafford was instant, as he scored 26 Premier League goals to help United win the 2012/13 title.

He memorably struck all the goals in a 3-0 victory over Aston Villa that sealed the title, including a thunderous volley for the ages.