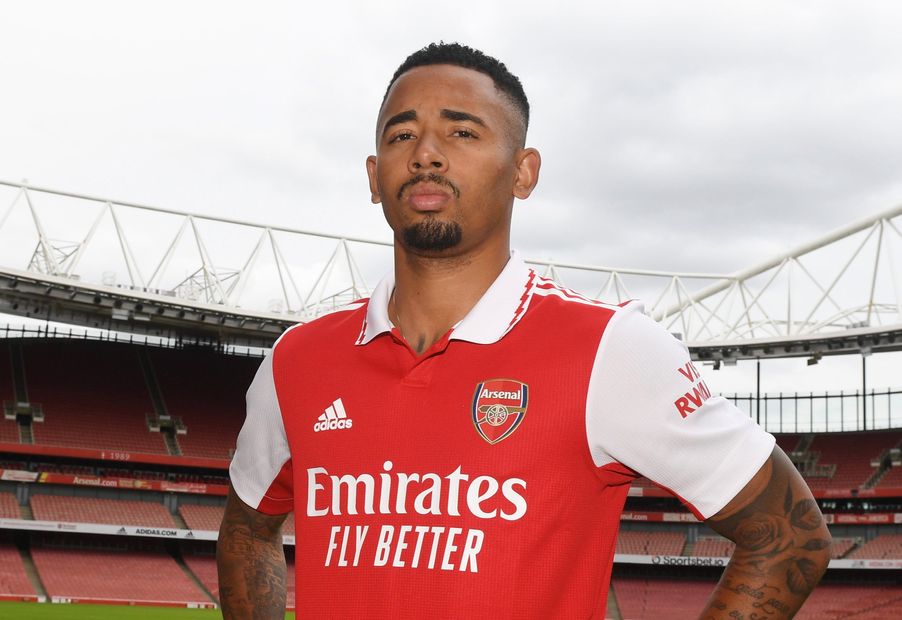 For the first time since he arrived in English football, Gabriel Jesus will enjoy the status of being the main man following his move to Arsenal, and it could transform him into a 20-goal-a-season striker.

In each of his five Premier League campaigns, the Brazilian forward has always scored between seven and 14 goals.

Judged in isolation, this looks like a relatively modest return, but the 25-year-old was rarely afforded the opportunity to build rhythm or match sharpness at Manchester City.

Pep Guardiola handed Jesus an average of 50.6 per cent of the total match time on offer across those five years; a figure that should increase markedly at Emirates Stadium, fitness permitting.

The Brazil international is expected to line up as a centre-forward in Arsenal colours, a position he rarely occupied for City in 2021/22.

As part of their title-winning side he performed tremendously well on the right of Guardiola's attack, delivering over 80 per cent of his goals and assists from that position.

That said, Jesus should have no problems reverting to a natural striker's role, particularly in a Gunners side coached to freely rotate positions during the build-up phase.

Firing them in already 🚀

When he makes runs into the wide areas, he can deliver accurate crosses for team-mates to attack.

Four of his eight assists were right-wing deliveries and, inside the box, Jesus has razor-sharp intuition.

Timing his runs well as a matter of course, he is also quick to react to loose balls inside the danger zone.

When you study Jesus' stats on a single-match basis, he compares favourably with the best forwards in the division for effectiveness in the box.

Only three Premier League forwards manufacture more shots on target from close range, while Mohamed Salah and Raheem Sterling are the only players to have had more touches inside the opposition penalty area.

Last season Alexandre Lacazette frequently dropped deep in search of the ball but his replacement is far more effective when making runs beyond defenders.

Mikel Arteta has signed a dangerous and intelligent forward who should thrive in an environment where the team is built around him.

Jesus has the talent and attitude to vastly improve Arsenal as an attacking force.