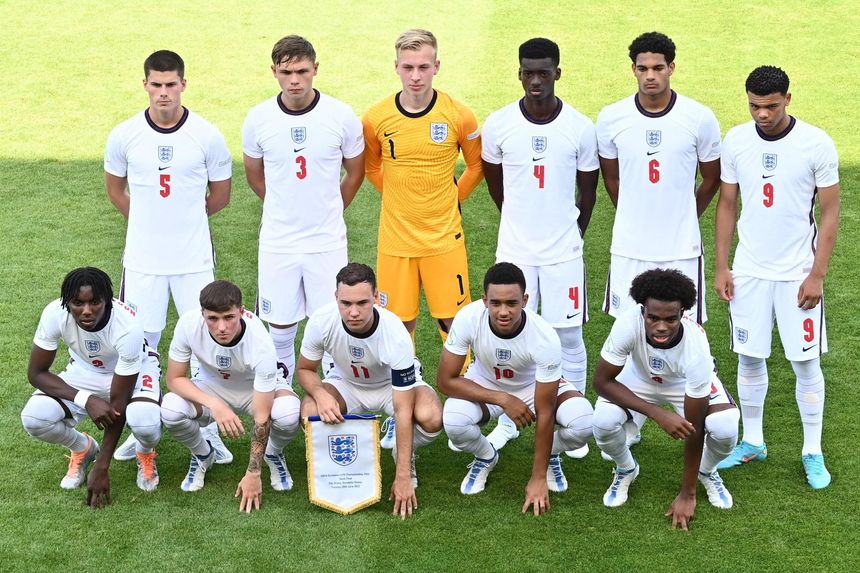 A host of Premier League talent is helping to drive England’s Under-19s to the brink of success at the UEFA Under-19 European Championships in Slovakia.

After coming from behind to beat Italy 2-1 in Tuesday’s semi-final with goals from Bristol City’s Alex Scott and Liverpool's Jarell Quansah, Ian Foster’s team will now meet surprise finalists Israel on Friday in a 19:00 BST kick-off.

All but five of Foster’s 23-man squad are at Premier League clubs, with a further two, Jamie Bynoe-Gittens and Sam Iling-Junior, coming up through Premier League academies before moving abroad.

Aston Villa’s Carney Chukwuemeka and Tottenham Hotspur forward Dane Scarlett are England’s leading scorers, with two goals each, but it has been the defence that has starred, only conceding their first goal against Italy.

A repeat of the 1-0 group win over Israel, when 2020/21PL2 Player of the Season Liam Delap struck the winner, in the final in Trvana would continue a recent run of success in international tournaments for England’s youth and senior teams as the Premier League’s Elite Player Performance Plan (EPPP) reaches the 10th anniversary of its formation.

See: Where to watch U19 Euro final