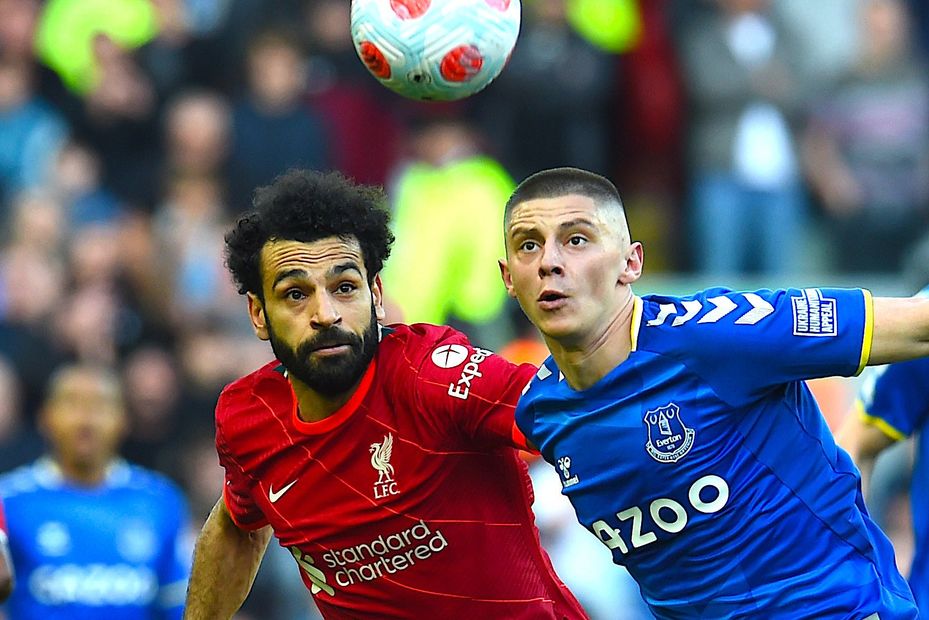 Fans can look forward to fierce battles in Merseyside, Manchester and north London in 2022/23

After finding out which opponents lie in wait on the opening weekend, fans quickly turn their attentions to their club's big derby matches.

Among the biggest Premier League rivalries are those in north London, Merseyside and Manchester, while the south-coast derby is also back for 2022/23.

The first match-up comes on 3 September when Everton host Liverpool.

Frank Lampard suffered a 2-0 defeat in his maiden Merseyside derby as Everton manager at Anfield in April, but he will hope to deliver the Toffees' first win at Goodison Park over the Reds since a 2-0 victory in 2010.

On the weekend of 1 October, Arsenal entertain north-London rivals Tottenham Hotspur while Erik ten Hag's first Manchester derby will be at the Etihad Stadium.

History suggests the Gunners could have the edge over Spurs, given there have been no away wins in the last 16 Premier League meetings between the clubs.

Tomas Rosicky secured the last victory for a visiting side when Arsenal triumphed 1-0 at White Hart Lane in 2014.

After failing to win any of his previous four Premier League meetings with Man Utd prior to last season, Pep Guardiola guided Man City to a double over the Red Devils in 2021/22.

But ten Hag can take confidence from the fact that United have won on four of their last seven visits to the Etihad Stadium.

In January, Spurs will aim to make it four from four against Arsenal at Tottenham Hotspur Stadium, having won 3-0 last season.

On the same weekend, Man City head to Old Trafford. Like in the reverse fixture, it's the away side that tends to fare better in his match-up, with City emerging victorious on four of their last six trips.

The return meeting between Liverpool and Everton is on 11 February, with the Toffees' only Anfield victory since 1999 coming in February 2021 when they recorded a 2-0 success.

South-coast derby is back

AFC Bournemouth's return to the Premier League means they will renew their rivalry with Southampton.

The Cherries host Ralph Hasenhuttl's side on Tuesday 18 October before the return fixture takes place at St Mary's Stadium on 26 April 2023.

Interestingly, the home side have won only one of the last nine meetings in all competitions.